Rabat - Ramadan of 1993 stands as one of the most notorious periods in the history of Morocco, after a series of events broke through a long-standing taboo. 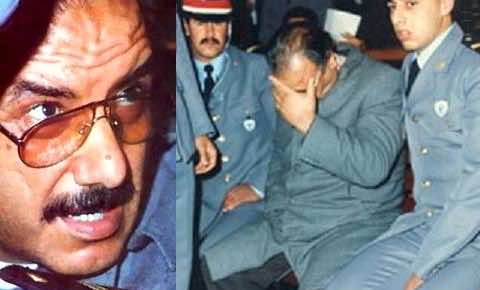 By
Aziz Allilou
-
Aziz Allilou is a student at the Higher Institute of Media and Communications (ISIC) and Morocco World News correspondent in Rabat.
Jul 7, 2014
Spread the love

Rabat – Ramadan of 1993 stands as one of the most notorious periods in the history of Morocco, after a series of events broke through a long-standing taboo.

The year was marked by the first trial of its kind of an enforcement official in the country, and the last execution carried out in Morocco to date.

Mohamed Mustapha Tabet, the most notorious serial rapist in Moroccan history, was sentenced to death in March 1993 by a court in Casablanca, having been convicted of abusing his power as a police commissioner and abducting and sexually assaulting more than 1,500 women over a period of thirteen years.

In the years leading up to Tabet’s  trial, any critique of the Makhzen (or the elite, including officials such as top-ranking military personnel, security service heads, civil servants, and police) had been taboo for Moroccans and Moroccan media. Although the Makhzen were steeped in corruption, they were essentially immune from criticism or challenge.

However, Tabet’s trial and conviction marked a turning point as this high ranking police official was tried before a court of law for abusing his power as a police commissioner by abducting and sexually assaulting hundreds of women.

In 1989, Mohamed Tabet had been appointed a police commissioner in Casablanca. Over the period of his term in Casablanca, many complaints were filed against him by women and girls claiming that he had abducted, raped, and sexually abused them in his apartment on Avenue Abdelah Bno Yassin in Casablanca.

However, none of the victims were able to prove their claims by producing “evidence” of the crimes. Moreover, Tabet’s fellow police officers had also covered up the crimes.

Finally, on February 2, 1993, in light of yet another victim’s lawsuit against the commissioner, gendarmes raided and searched Tabet’s apartment.There, they discovered 518 personal identity cards of his victims, 118 video cassettes — many of them depicting violent sexual abuses — and a computer list of his crimes.

Testifying at his trial on March 15, 1993, Tabet revealed the names of ten fellow police officers who had covered up his crimes or taken part in some of them. He also confessed that he had raped over 1,500 women over a period of thirteen years. On the same day, the court sentenced Tabet to death.

Mohamed Tabet was executed in Kenitra’s Central Prison on September 5, 1993, during Ramadan. Although Morocco still has prisoners on death row, Tabet’s was the last execution in Morocco to date.