Rabat - The suspected pedophile, who was caught with a 10-year-old boy in Marrakech, was presented before the Marrakech criminal court on Tuesday. 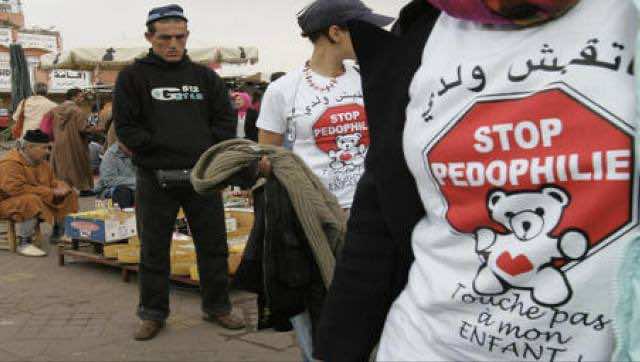 Rabat – The suspected pedophile, who was caught with a 10-year-old boy in Marrakech, was presented before the Marrakech criminal court on Tuesday.

According to Moroccan French Magazine Telquel, Najia Adib, the president of the Association “Touche pas à mes enfants,” [Don’t Touch My Children] said that the suspect was brought up before the court.

The video shows a middle-aged man being slapped by members of an outraged crowd after he was caught molesting a child.

What added insult to injury and shocked many Moroccans is the statement uttered by one of the men who caught the pedophile.

“It would have been okay if we had found you molesting a girl, but it’s just morally unacceptable to do that with a boy,” an unidentified person told the pedophile.

The statement caused uproar in Morocco with many people expressing their dismay and condemnation of the fact a man could utter such dangerous words that trivialize sex abuse against women.

According to the latest statistics made available by Moroccan authorities last October,  26,000 children were subjected to sexual abuse in 2011, which represented an ratio of 71 cases of rape per day.