Azrou - Her name is Yasmine Berraoui and has just earned her baccalaureate degree, scoring 12.3 out of 20 in the physical sciences branch. Yasmine is not like other graduates: she was born with trisomy21. 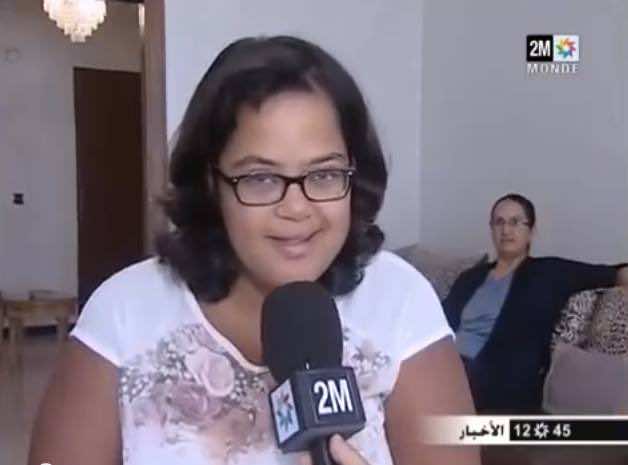 By
Sofia Sabi
-
Sofia Sabi is Master a student at King Fahd school of translation in Tangier.
Jul 9, 2014
Spread the love

Azrou – Her name is Yasmine Berraoui and has just earned her baccalaureate degree, scoring 12.3 out of 20 in the physical sciences branch. Yasmine is not like other graduates: she was born with trisomy21.

Her father, a journalist, wanted to break the news by issuing a touching statement on news website challenge.ma.

“I am interested in commerce, too bad I will not be able to integrate ENCG school, I needed 16 out of 20. Anyways I thank God, and I was sure of my graduation,” said Yasmine.

To enroll in a school of higher studies such as Ecole Nationale de Commerce et de Gestion (ENCG), a baccalaureate needs to obtain a score that equals or exceeds the threshold set by the school. In most schools of business, the threshold is usually set at 16 out of 20.

Jamal Berraoui, Yasmine’s father, confessed that nobody helped or believed in her since she had trisomy21. But the happy father says that despite the difficulty, his daughter studied the normal school curriculum. “She has always been among the good students, and always had good marks; around 14/20” he explained.

Moreover, Jamal also points to delays of medical professionals and the dishonesty of people facing his daughter’s genetic disease. “Only parental love, courage and selflessness can help these children. It is possible, now that you have evidence,” he concluded.

Her parents had to fight for her to have a “normal” life, and she proved that having trisomy21 does not make you any less intelligent than the rest of the population. Yasmine says, “I tell parents to help their children. NGO’s are not enough, your children need your support.”