Rabat - Argentina had to wait until the shoot-out phase to seal a victory against the Netherlands on Wednesday to book a spot in Sunday’s final against the Germans. 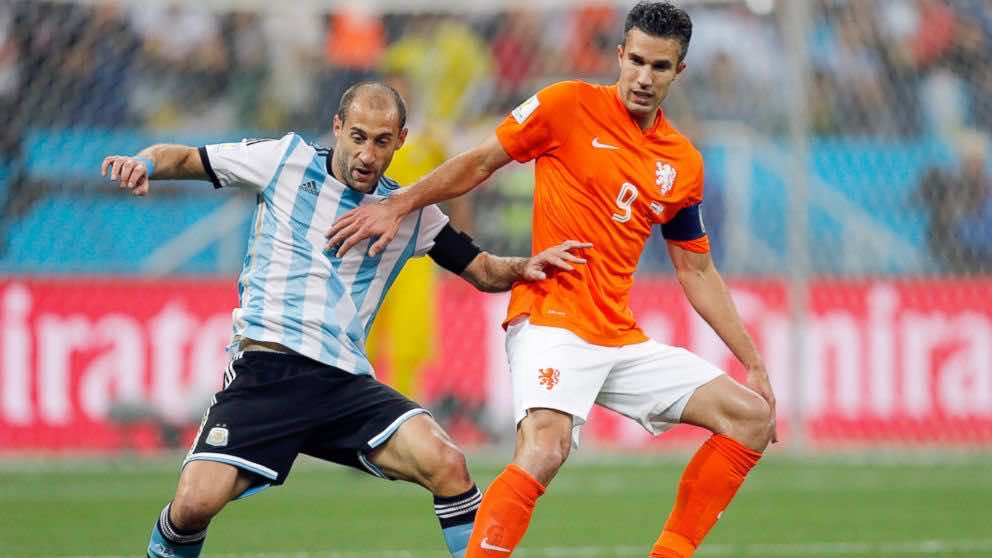 Rabat – Argentina had to wait until the shoot-out phase to seal a victory against the Netherlands on Wednesday to book a spot in Sunday’s final against the Germans.

The Maracana final will be a re-match of the 1986 and 1990 FIFA World Cup finals. Diego Maradona’s Argentina emerged victorious in the first but lost the second to West Germany four years later.

The Albiceleste converted all four of their penalty kicks in Sao Paulo’s semi-final clash while Ron Vlaar and Wesley Sneijder failed to translate two of the first three penalties for the Netherlands as Argentina’s goalkeeper Sergio Romero managed to save them brilliantly.

The game did not deliver much of the excitement fans throughout the world expected it to be, as both sides played cautiously and stuck to the managers’ defensive tactics.

Louis Van Gaal’s side, who were the runners-up of South Africa’s tournament four years ago, will now play against a humiliated Brazil for the third place in Brasilia on Saturday.

If he wins Sunday’s final against Germany, Argentina’s talisman Messi will be regarded as one of the greatest players that ever played the sport and finally level to Maradona’s stature.

The two are often being compared but since Maradona led Argentina to World Cup glory, fans and observers are expecting Messi to do the same in order to finally equal his name with Maradona’s.