Taroudant, Morocco - The International Business Times published this week a list of the world's most famous Muslim converts who, like millions of Muslims around the world, are observing the Holy Month of Ramadan. 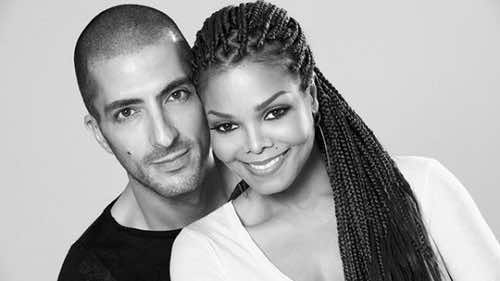 By
Larbi Arbaoui
-
Larbi is a freelance writer and assistant editor at Morocco World News.
Jul 10, 2014
Spread the love

Taroudant, Morocco – The International Business Times published this week a list of the world’s most famous Muslim converts who, like millions of Muslims around the world, are observing the Holy Month of Ramadan.

Some of the names included on list have identified as Muslims for a long time and are familiar with fasting during Ramadan, but others that are new to Islam may find the new experience somewhat challenging.

Converted last year, pop icon Janet Jackson will be observing the Holy Month for the first time this year.

Janet Jackson is reportedly a Muslim after she married Qatari billionaire businessman Wissam al Mana in 2012.

The 48-year-old singer was raised in a Christian family, and now that she is a Muslim she will have to abstain from food, water, sex, and profanity from sunrise to sunset.

While Janet is new to Islam, her elder brother Jermaine Jackson openly announced his conversion to Islam years ago. The American singer accepted Islam after taking a trip to Bahrain in 1989.

“Having embraced Islam, I felt born again,” Jermaine Jackson said in an interview. “I found the answers, which I had failed to find in Christianity,” he added.

Jemima Marcelle Khan is an English journalist who converted from Judaism to Islam after her marriage to Pakistani cricketer Imran Khan in 1995. Her two sons have Islamic names: Sulaiman Isa Khan and Qasim Khan.

Former world heavyweight boxing champion Mike Tyson is reportedly a Muslim after he converted to Islam behind bars.

After completing the holy pilgrimage to Mecca, Saudi Arabia in July 2010 he tweeted: “I just left the Holy City of Mecca where I was blessed to have been able to make Umrah…Inshallah (God willing), Allah will continue to bless me to stay on the straight path.”

American actress Ellen Burstyn is thought to have converted to Islam just recently.

In an article entitled Ellen Burstyn’s True Face, the 81 years old said that “the idea that we didn’t have to say, ‘I am a Christian’ or, ‘I am a Buddhist’ or, ‘I am a Muslim,’ but, ‘I am a spirit opening to the truth that lives in all of these religions.’”