Rabat - Morocco is stepping up security at its Mohamed V airport in Casablanca following a request from the U.S. based on intelligence reports that militant groups in the Middle East are preparing a new generation of non-metallic explosives that can be carried undetected onto commercial flights. 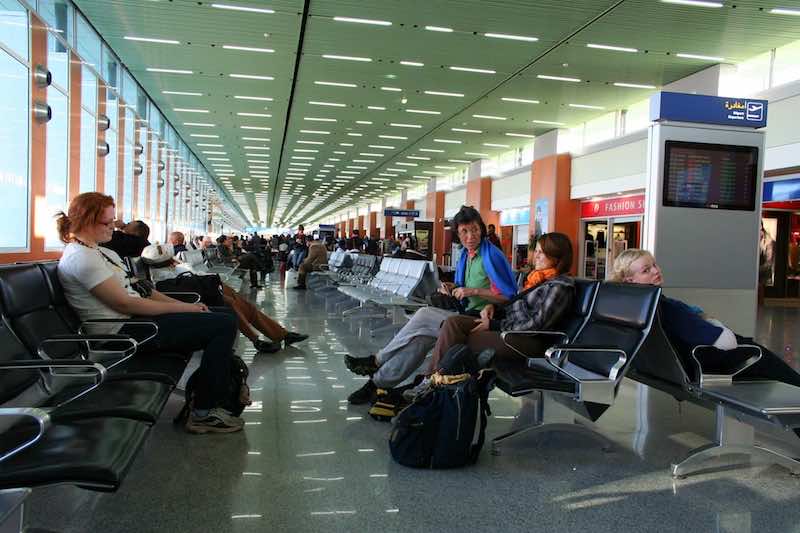 By
Aziz Allilou
-
Aziz Allilou is a student at the Higher Institute of Media and Communications (ISIC) and Morocco World News correspondent in Rabat.
Jul 10, 2014
Spread the love

Rabat – Morocco is stepping up security at its Mohamed V airport in Casablanca following a request from the U.S. based on intelligence reports that militant groups in the Middle East are preparing a new generation of non-metallic explosives that can be carried undetected onto commercial flights.

Alyaoum 24 quoted a security source as saying that the new aviation security measures are similar to those that were implemented at Mohamed V international airport, the only airport in Morocco with direct flights to the US, after the September 11, 2001 terroristic attacks on the U.S.

“Under the new measures, all passengers from Mohamed V airport to US will pass through one checkpoint. Passengers will be asked to power on their laptops, phones, and other devices during routine screenings. They will also have their toothpaste, shoes, ink cartridges checked. Sometimes they will be asked to remove their underwear for inspection,”added the source.

The extra measures may cause delays, and airline passengers travelling to US are therefore being required to arrive earlier at the airport due to the time-consuming extra measures.

The Moroccan Ministry of Transport and Logistics announced in a press release that Morocco is stepping up security measures at Mohamed V international airport at the request of the U.S. government. The ministry did not reveal the specific details of the extra measures. Meanwhile it urged passengers travelling to US to arrive at the airport well in advance of scheduled departures, leaving time for the extra security checks.

Earlier this month, the U.S. had asked airports worldwide to step up their security measures. Department of Homeland Security Secretary, Jeh Johnson, said in a statement that he had directed the Transport Security Administration to implement enhanced security measures in the coming days at certain overseas airports with direct flights to the United States. However he did not specify which airports or what countries would be affected.

The new measures come in the wake of reports of a new generation of non-metallic bombs developed by al-Qa’ida affiliates in Syria and Yemen, which previously claimed responsibility for the failed 2009 Detroit underwear bombing plot.