Casablanca - Five people died and 53 others were injured early in the morning this Friday when three residential buildings collapsed in Casablanca, local authorities of the Casablanca-Anfa prefecture said. 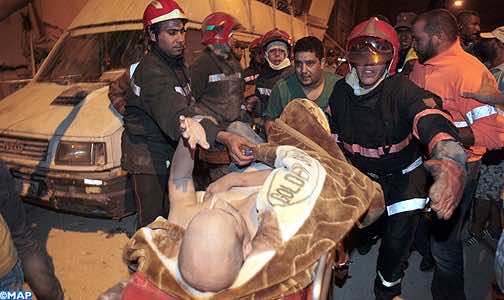 Casablanca – Five people died and 53 others were injured early in the morning this Friday when three residential buildings collapsed in Casablanca, local authorities of the Casablanca-Anfa prefecture said.

The injured persons were taken to the Moulay Youssef and Ibnu Rochd hospitals. Thirty nine persons already left the hospitals after receiving the needed medical care, the source added.

Local authorities, rescuers and security agents were on site, the source pointed out, noting that the reasons of the collapse of the four-storey and five-storey buildings are still unknown.