Strasbourg - Morocco's ambassador to Lisbon Karima Benyaich reiterated, Thursday in Strasbourg, Morocco's full support for the development of the European Centre for Global Interdependence and Solidarity, known as the North-South Center. 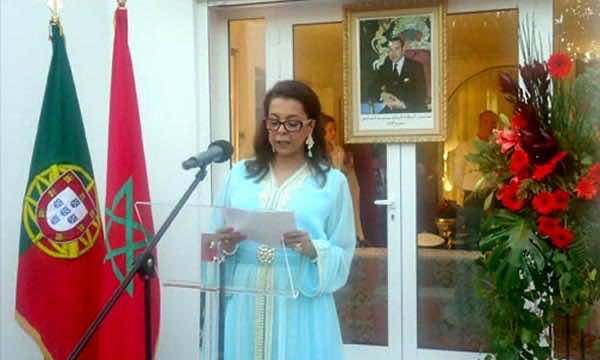 Strasbourg – Morocco’s ambassador to Lisbon Karima Benyaich reiterated, Thursday in Strasbourg, Morocco’s full support for the development of the European Centre for Global Interdependence and Solidarity, known as the North-South Center.

Speaking at the meeting of the executive committee of the center, of which she is the vice-president, Benyaich thanked the members for their confidence in Morocco by welcoming her last year as the first non-European statutory member in the presidency of the Executive Committee of this Council of Europe’s body.

She also highlighted the importance of this center as a space for exchanges between the two shores of the Mediterranean and its role in mutual understanding between peoples.

She also recalled Morocco’s adherence to the goals of the center which is aimed at promoting inter-cultural dialogue and cooperation between the two shores of the Mediterranean and the African continent.

The ambassador said that Morocco hosted this year two of its meetings: the first was a workshop last March in the city of Tetouan on the theme ”strengthening women’s access to the political life in the Mediterranean: challenges and opportunities.”

The second meeting, held in June, was the third edition of the International conference of the North-South process for strengthening the role of women.