Rabat -Belgian midfielder of Moroccan descent, Marouane Fellaini has shaved off his famous Afro hairdo, despite his team’s failure to advance past the quarter-final stage at the World Cup. 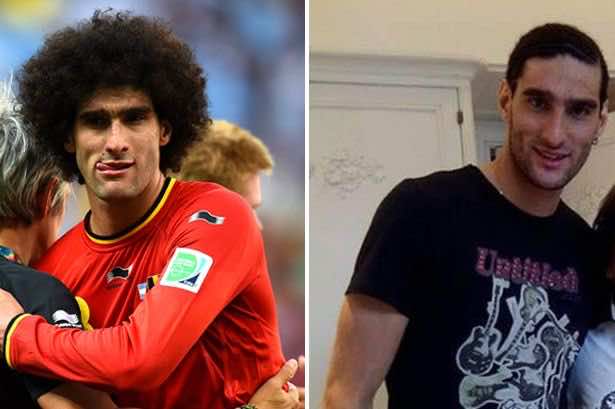 By
Aziz Allilou
-
Aziz Allilou is a student at the Higher Institute of Media and Communications (ISIC) and Morocco World News correspondent in Rabat.
Jul 12, 2014
Spread the love

Rabat –Belgian midfielder of Moroccan descent, Marouane Fellaini has shaved off his famous Afro hairdo, despite his team’s failure to advance past the quarter-final stage at the World Cup.

Before the World Cup, Fellaini had said that if Belgium manages to win, he would cut off his afro.

“If we win the World Cup I’ll shave my head. Am I sure about this? Yes, absolutely. We have a deal,” Fellaini promised, after Belgium made it to the World Cup quarter-final.

The Red Devils were eliminated after a rather limp performance against Argentina in the quarter-finals.

On Thursday,  a picture of Marouane Fellaini with JYB Cosmetics went viral on social media. Based on the photo, some have even speculated that instead of chopping off his curly locks, he may have just braided them.