Rabat - The Moroccan community in Belgium has doubled over the past 20 years. 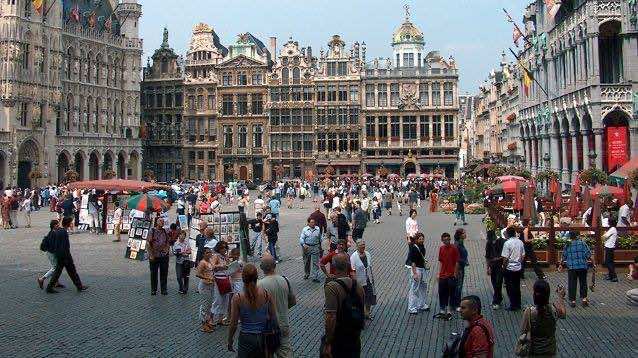 By
Aziz Allilou
-
Aziz Allilou is a student at the Higher Institute of Media and Communications (ISIC) and Morocco World News correspondent in Rabat.
Jul 13, 2014
Spread the love

Rabat – The Moroccan community in Belgium has doubled over the past 20 years.

In 2012, the number of Moroccans living in Belgium reached over 429,580, representing 3.9% of the country’s general population, according to the latest report released by the Centre for Research in Demography and Societies at Louvain University.

The report noted that since the arrival of Moroccan immigrants, the Belgio-Moroccan population has gradually feminized and remained relatively young.

Moroccan immigrants remain young and demographically dynamic, with new generations of children who are brought to Belgium at a young age. Belgio-Moroccan community is concentrated in the young and working age (between 25 and 44 years), but also in young children (under 15 years).

The report also emphasizes the unfavorable position of the Moroccan population in the labor market and in education. “The descendants of Moroccan immigrants tend to improve their social position relative to that of their parents, but this improvement is less marked than for Belgians of the same socio-economic level.”

The report said that most of Moroccan migrants in Belgium settle in the big cities and in the industrial or mining regions of the country. Statistics says that in 2009, 47.9 % of Moroccans in Belgium live in Brussels, 5.0 %  in the Eastern Flanders, 3.4 %  in Limburg and 18.7 % in Antwerp.

The report stresses that the challenge for the Belgian authorities is to reduce the socio-economic problems of the Moroccan population that will continue to grow with the arrival of new generations of children born in Belgium with Belgian citizenship.