Rabat- A recent investigation revealed that London-based brokers from Switzerland’s Tradition Financial Services were taking their Libyan clients on lavish trips to Marrakesh, Morocco to impress them and attempt to win business deals. Prostitutes were among the "services" provided to the Libyans. 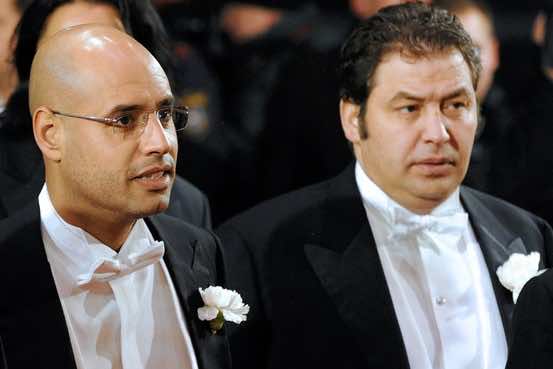 By
Aziz Allilou
-
Aziz Allilou is a student at the Higher Institute of Media and Communications (ISIC) and Morocco World News correspondent in Rabat.
Jul 15, 2014
Spread the love

Rabat- A recent investigation revealed that London-based brokers from Switzerland’s Tradition Financial Services were taking their Libyan clients on lavish trips to Marrakesh, Morocco to impress them and attempt to win business deals. Prostitutes were among the “services” provided to the Libyans.

The men spent their days “lounging poolside” and nights “partying at clubs in Marrakesh”, reported The Wall Street Journal.

In attempts to win business in Moammar Gadhafi’s Libya, Tradition Financial Services of Switzerland organized parties at a luxury villa in Marrakech for Libyans connected to the country’s sovereign wealth funds.

According to the same source, the tactics worked. “Tradition for years handled investments for the Libyan funds, earning millions of dollars in commissions.” However, when Gadhafi’s government fell in 2011, the firm’s access to Libya was short-lived.

The Justice Department and SEC said in a legal guide that businesses “are allowed to provide some hospitality and pay some expenses for foreign officials. But gifts or payments can be considered bribe.”

The Wall Street Journal reviewed some transcripts showing brokers from Tradition Financial Services discussing ways to impress their Libyan clients, including by taking them on lavish trips to Marrakesh and luring them with prostitutes.

Here are two transcripts, all typos are as written:

May 18, 2009, chat with Tradition broker Leslie Shackleford and an outside trader, recounting trip to Marrakesh, where Tradition rented a luxury villa:

LS: leave the room @ 5am and robs telling some hooker whos stripping infront of 11 guys in the villa.. rob tells her he will pay her 100 dirams.

LS: i was crying with laughter

LS: yup we are classy people

June 9, 2009, chat with Tradition’s Messrs. Bailey and Shackleford and Arab Banking Corp.’s Mr. Zewam, as well as another ABC official, apparently using nicknames for each other:

LS: ty [thank you] for the orders boss

MZ:
ABC official: SO WHO DID NOT GO TO MOROCCO CAN JUST F*** OFF OR WHAT?