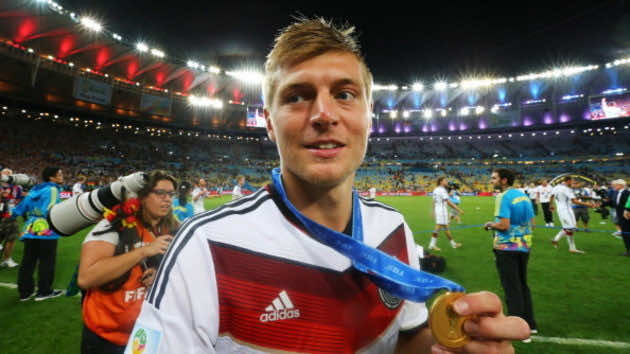 Kroos will sign a five year contract at the Santiago Bernabeu.

Madrid’s interest in Kroos rose after the striking performance of the German international in the Brazil world cup, which Germany has won after defeating Argentina 1-0 in the final last Sunday.

Tony Kroos has been a fundamental pillar for the Nationa Team of Germany in the FIFA World Cup 2014 in Brazil. He scored two goals and laid on four assists.

Reports say that Kroos has announed his discontent with his lower salary in comparison to his teammates Mario Götze, Bastian Schweinsteiger, Philipp Lahm and Franck Ribéry.