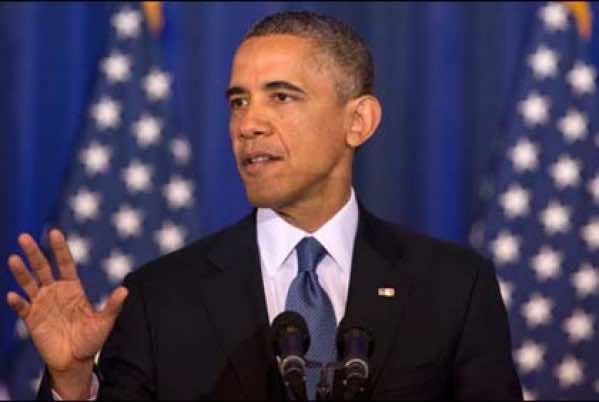 The Honorable Barak Obama, President, The United States of America

You may be aware that your ally, the one whose creation your nation contributed to, to whom you have committed your unconditional support, has been conducting an offensive on Gaza under the name “protective edge.” You might also be aware that the Gaza Strip is the most population-dense area of the world. This has dramatic consequences in the aforementioned context which, I trust, does not need to be spelled out to you, being the great man of culture you are. Perhaps you have been receiving news and intelligence from sources that seek to ensure support for your ally and that are blind to death tolls. In the conflict at hand, there have been practically no casualties on the side of your ally though casualty statistics among the Palestinians are soaring, the death toll mostly counting the bodies of babies, young children, the elderly and women—none of whom have ever carried a weapon.

The number of homes destroyed in Gaza are in the hundreds, if not the thousands. All this while there is hardly a dent in the walls of Israel. You may have been mistakenly told that all Palestinian homes are missile launch sites, but your informers have failed to mention that the Palestinians’ military capability is far from your ally’s destructive might. You, as leader of the US, should be most acutely aware of this seeing as your nation has endowed Israel with said destructive military capability. This being said, should the extreme circumstance of all Palestinian missiles being launched occur, no harm would befall your allies.

No doubt the news must have reported strikes and shelling of Palestinians on Israeli territories failing to remind you that the Palestinians have no unmanned drones, no standing army with tanks, no weapons of mass destruction like those you and your country have provided Israel with, no unlimited financial backing and no ally at all. They may also have failed to tell you that Palestinians are in their own home and on their own lands which even your country ‘s laws claim to honor and your country has. In case your advisers have misinformed you, Israel is the invading power and Palestinians the people under occupation. You are a man of law and I am sure you can see the nuances of the situation despite the distorting effects of politics on your otherwise righteous vision. I trust you are still a man of right.

You have condemned what your spokespeople called a deliberate rocket firing on Israel  and deliberate targeting of civilians by terrorist organizations. The whole world is confused Mr. President. Have you heard of any casualties these terrorist organizations have inflicted on Israel and have you forgotten the democratic principles so dear to you that a legitimate government is one elected freely by the people? Those your spokespeople refer to as terrorists are on their own lands and in their own homes and within their own rights which your allies have forcefully and violently invaded. Your allies, occupiers who even the United Nations has condemned. Yet despite this, those speaking on your behalf emphasize the necessity for you to support Israel against these vicious attacks. Come now, Mr. President, even I, who am neither an expert in politics nor history am aware of these falsehoods.

Perhaps those you have chosen to speak for you, Mr. President, have learned definitions from dictionaries the rest of us have not had access to. They glorify Israeli Prime Minister for calling upon everyone “to act responsibly”. What definition of  “acting responsibly” entails killing civilians and babies? Please send your representatives back to English 001 so that we have better chances at communicating.

Far from venturing far enough to offer advice, but as your speech in Cairo still echoes in my mind, if I were you, I would seek intelligence elsewhere. The intelligence you now rely on is far from neutral. They may fool some by showing footage of atrocities and sorrow in Gaza and attributing the footage to Israel, but can they fool you? They may manipulate language and truth and present the Palestinians as forces of equal military destructive power to Israel, but can this fool you? They may fool others by suggesting Palestinians are wreaking just as much havoc on Israelis, but the question remains: can they fool you?

From the bottom of my heart I sincerely hope this is not the case, not for the sake of Palestinians alone, but for world safety of which you, Commander of the most powerful army in the world, is responsible. Anyone can afford to be naïve, manipulated by the media and faulty intelligence; however the President of mighty United States of America cannot.

Please keep in mind that most Arabs, Muslims and peace loving people would have voted for you in both rounds of your mandate had their opinion been sought out seeing as they believed you would make a difference and that your discourse would be closer to your deeds than that of others. There is still plenty of time to hold true to your promises and honor the founding principles of this nation. Hope is not forbidden, yet it runs precariously thinner each second you  hesitate to act to readjust the balance, to recognize right, to re-establish justice for the Palestinian people, to rethink your doctrine stating Israeli interests override peace, and to emancipate the minds of your policymakers from crimes of which they are not guilty and bonds that prevented them from seeing reality. I look forward to hearing of your courageous decisions.

Abdellatif Zaki, a citizen of the Kingdom of Morocco