Rabat - President of the Japan International Cooperation Agency (JICA) Akihiko Tanaka expressed, on Monday in Rabat, the institution's resolve to further cooperation with Morocco for a sustainable and harmonious human development. 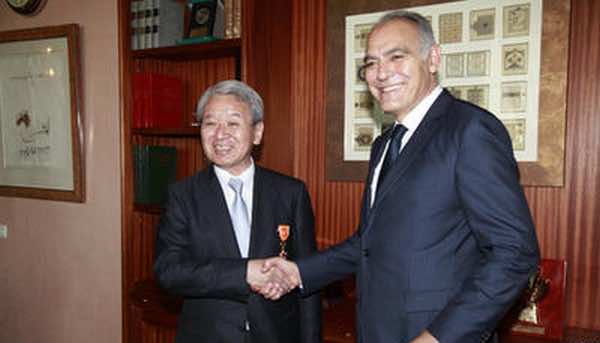 Rabat – President of the Japan International Cooperation Agency (JICA) Akihiko Tanaka expressed, on Monday in Rabat, the institution’s resolve to further cooperation with Morocco for a sustainable and harmonious human development.

“We have already set up triangular projects with the Moroccan Agency for International Cooperation (AMCI) which will enable us to foster cooperation in the months to come,” said Tanaka.

He described as successful the different experiences of collaboration with Morocco which seek to improve the citizens’ living conditions and development nationwide.

On this occasion, the Minister gave Tanaka the Alawite wissam of officer rank which was awarded by King Mohammed VI.