Fez - Karen Armstrong is a British author and commentator known for her books on comparative religion. Her works, which are mainly concerned with Islam and the Prophet Muhammad (PPBUH), have stirred tremendous debate and controversy. 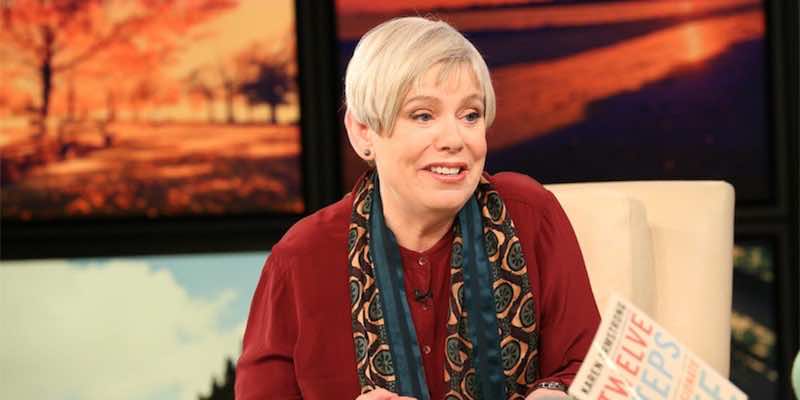 Fez – Karen Armstrong is a British author and commentator known for her books on comparative religion. Her works, which are mainly concerned with Islam and the Prophet Muhammad (PPBUH), have stirred tremendous debate and controversy.

The West vs. East controversy is a long lasting issue that obsessed the minds and feelings of scholars and lay people alike. Some were seriously involved in the issue, in search for an outlet for prejudice and hate speech, while many others favored this status quo, and liked to immerse themselves in the murky waters of conflict.

In her book, Muhammad: A Prophet for our time, British author Karen Armstrong explains western shallow understanding of the Prophet Muhammad and presents a solid account of His biography. She clears up a huge amount of western fallacies about the Prophet presenting credible justifications and rich referencing. “We must approach his life in a balanced way, in order to appreciate his considerable achievements,” the comparative religion specialist says in her book’s introduction. Armstrong’s book swings between oblique and plain invitations to westerners to rectify their conception about The Prophet. “Muhammad was not a man of violence,” she says.

Prophet Muhammad has received Allah’s messages directly and bore the burden of enlightening the human mind and opening it up to the horizons of knowledge and reason. After the darkness which had invaded Arabia and the world at large for ages, God sent Muhammad to combat ignorance and wipe out despotism and barbarity that were ubiquitous among people.

“As a paradigmatic personality, Muhammad has important lessons, not only for Muslims, but also for Western people.” The Prophet’s lessons, which are meant for humanity at large, were based on Allah’s order to adopt affectionate and reasonable dialogue with non-believers who have strongly opposed the New Religion and tried by all the weapons at their disposal to harm The Prophet in person and ruin his plans. Today, many people in the West, Armstrong states, claim that the biography of The Prophet and Islam was stained by bloodshed and violent invasions. Opposing this view, the author proves that ‘His life was a jihad (…) this word does not mean holy war, it means struggle and gives the proper sense of the word Jihad not as misinterpreted by the western public opinion.

Armstrong presents a chronologically inclusive account of the Muhammad’s life course and the contexts, which shaped His prophecy. She goes back to the age of Jahilia –the pre-Islam era-, to draw the context wherein the new religion advanced. In this respect, she gives a detailed description of Arabia and specifically Mecca, in this period, illustrating its social and human characteristics. People’s life in this ancient prominent city relied primarily on trade and commerce thanks to its geographical location as a meeting point of Arabia’s trade ways. During this age, tribesmen’s life was characterized by Muruwah– a concept close to courage, patience, power…etc. This concept refers to the fact that men’s belonging to the tribe and its leader was so tight that they break out wars in defense of a collective conviction or material need. Though their human nobility and respect for each other and to the common good of the community, the people were ready to avenge and sacrifice their entire wealth or life when they felt threatened, insecure, or affronted.

Through the Prophet’s biography, myriad lessons and human values are being revealed. The book presents an exciting adventure of the little orphan till He met the Holy Messenger who enlightened human minds and valued human dignity. Reading His life course wipes out western and anti-Islamic fanatic contentions. For instance, Muhammad’s concern with the plights of the orphans emanated from the fact that his father had passed away before his birth (Muhammad). He lived at an early age in an unfamiliar family, after His mother passed away too, where He went through very ‘harsh’ living conditions. He was the model of modesty affection, and reliability. “When he did turn to speak to somebody, he used to swing his entire body around and address him full face. When he shook hands, he was never the first to withdraw his own. He inspired such confidence that he was known as al-Amin, the Reliable One.” Indeed, Prophet’s life was an exemplary model to humans throughout history.

Concerning His marital life, which has been subject to much criticism by orientalists and feminist movements, Armstrong maintains that Muhammad’s first love Khadija is a proof of his faithfulness. ‘Muhammad loved Khadija dearly, and even though polygamy was the norm in Arabia, he never took another, younger wife while she was alive.” The Prophet’s humble abode was filled with true love of affection and respect. His life with Khadija and their sons and daughters was very happy even though they lost their two sons Al Qasim and Abdullah who died in their infancy. Their happiness was backed by a deep-rooted faith whose lofty principles were beyond earthly material concerns. Despite the simple life, Muhammad had been distinguished in His selfless treatment of the people around Him. For instance, He insisted on giving a large amount of his assets to the poor. He even brought needy boys into the family and ‘treated them as his own sons’, the American scholar writes.

Mumammad was the mouthpiece of God’s words to people everywhere. Non-Arabs would hardly appreciate God’s message in the Holy Qur’an as the language would convey unequalled and untranslatable meanings. Armstrong asserts in her book that “it is difficult for a non-Arabic speaker to appreciate the beauty of the Qur’an, because this is rarely conveyed in translation.” This has been partly and chiefly the stumbling block most western people and orientalists hit upon in understanding the real sense of Islam as a universal faith. The opposite to what non-Arabs may conceive of the Qur’an as a repetitious meaningless scripture, Armstrong articulates that The Holy Scripture is a construction of “themes, words, phrases, and sound patterns recurred again and again—like the variations in a piece of music, which subtly amplify the original melody, and add layer upon layer of complexity. The Qur’an was deliberately repetitive; its ideas, images, and stories were bound together by these internal echoes.”

Illustrating sources of misunderstanding Islam through translation, the author illustrates the way Muslims and Arabs appreciate the Qur’an in its written or auditory form.  Karen Armstrong uses abundant literature to support an impartial account of the Prophet’s life as an individual and a leader. He is reported to be a man who embraced all the distinguished human qualities that every human must follow and learn from. She affirms that Muhammad’s  struggle was not driven by a hope  to  impose  religious  orthodoxy but to ‘change  people’s  hearts  and  minds’. He was entrusted to convey and disseminate Allah’s final religion and extricate people from the darkness of ignorance and despotism. However, it seems that this academic work has not been of significant value in the West, as it has not markedly changed people’s rooted fallacies about Islam and Muslim’s Prophet.

The history of misunderstanding and fear of Islam is so long in time and deep in peoples’ minds that it makes the task of overcoming it quite arduous. “We have a long history of Islamophobia in Western culture that dates back to the time of the Crusades,” Armstrong declares before she asserts that “Muhammad was not a man of violence.” She calls on people to “approach his life in a balanced way, in order to appreciate his considerable achievements.” According to Armstrong, misconception about Muhammad and His religion cultivates inaccurate prejudice, which harms human values of tolerance, liberality, and compassion. 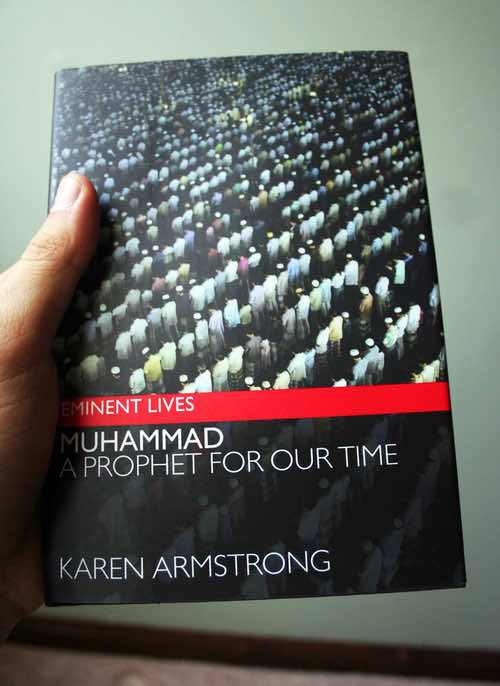