Rabat - New documents from whistleblower Edward Snowden confirm that the NSA and the FBI spy on Muslim-American leaders, including Republican Party politicians and military veterans. 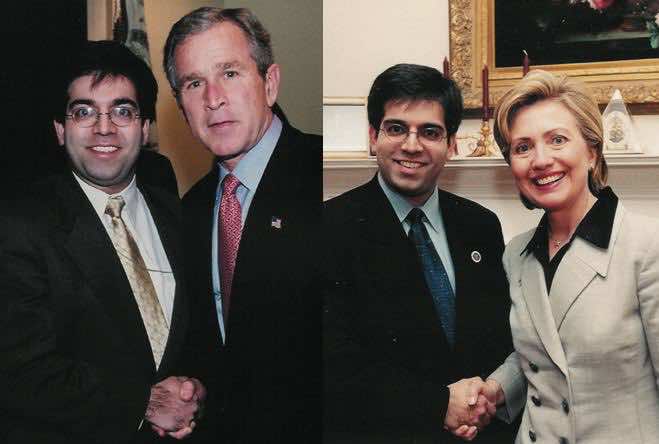 By
Sofia Sabi
-
Sofia Sabi is Master a student at King Fahd school of translation in Tangier.
Jul 18, 2014
Spread the love

Rabat – New documents from whistleblower Edward Snowden confirm that the NSA and the FBI spy on Muslim-American leaders, including Republican Party politicians and military veterans.

The article describes an NSA spreadsheet that “shows 7,485 email addresses listed as monitored between 2002 and 2008.”

The National Security Agency and FBI have covertly monitored the emails of prominent Muslim-Americans under secretive procedures intended to target terrorists and foreign spies. According to documents provided by Snowden, the list of Americans monitored by their own government includes:

• Faisal Gill, a Pakistani-American, is a longtime Republican Party operative and one-time candidate for public office who held a top-secret security clearance and served in the Department of Homeland Security under President George W. Bush;

• Asim Ghafoor, an American prominent attorney who has represented clients in terrorism-related cases;

• Nihad Awad, a Palestinian-American, is the executive director of the Council on American-Islamic Relations (CAIR), the largest Muslim civil rights organization in the country.

The five Americans whose email accounts were monitored by the NSA and FBI have all led highly public, outwardly exemplary lives. All five vehemently deny any involvement in terrorism or espionage, and none advocates violent jihad or is known to have been implicated in any crime, despite years of intense scrutiny by the government and the press.

It is impossible to know why their emails were monitored, or the extent of the surveillance. It is also unclear under what legal authority it was conducted, whether the men were formally targeted under FISA (Foreign Intelligence Surveillance Act) warrants. But the five individuals share one thing in common: they are Muslims.

According to FBI training materials uncovered by Wired in 2011,The FBI teaches agents to treat “mainstream” Muslims as supporters of terrorism, to view charitable donations by Muslims as “a funding mechanism for combat,” and to view Islam itself as a “Death Star” that must be destroyed if terrorism is to be contained.

Anonymous officials said that the government did not have a FISA warrant for at least one of the individuals spied on. Under current law, the NSA may directly target a “U.S. person” (an American citizen or legal permanent resident) for electronic surveillance with only a warrant approved by the Foreign Intelligence Surveillance Court.

“When I received a document that proved I had been tapped talking to my clients, I was shocked beyond belief,” Ghafoor recalls. “It’s like finding out there was a peeping tom. You just wonder: What else did they violate?”

The NSA issued a statement that reads in part: “No U.S. person can be the subject of FISA surveillance based solely on First Amendment activities, such as staging public rallies, organizing campaigns, writing critical essays, or expressing personal beliefs.”

“Some of the government’s surveillance practices today are reminiscent of those earlier abusive practices,” Jaffer says. “Today’s American-Muslim activists occupy the same position that civil-rights and anti-war activists occupied during the 1960s.”

The five Muslim-Americans come from different backgrounds and hold different religious and political views. Despite being subjected to what appears to be long periods of government surveillance, none have ever been charged with a crime, let alone credibly linked to terrorism or espionage.

Even a U.S. citizen like Faisal Gill, who served his country both in the armed forces and in the White House, found himself spied on by his own government. Gill reminds us, “privacy is important. And to have that basically invaded for no reason whatsoever – for the fact that I didn’t do anything – I think that’s troubling. And I think that certainly goes to show how we need to shape policy differently than it is right now.”