Ouarzazate, In the last four years, we have observed a growing phenomenon in the Arab musical field. 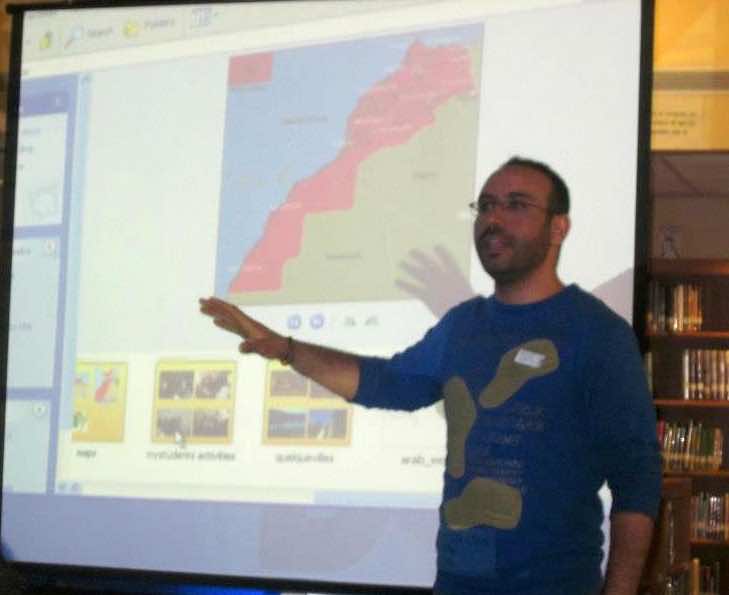 By
Abdellah Taibi
-
Mly Abdellah Taibi was a Fulbright FLTA, at the college of Saint Rose Albany, New York.
Jul 18, 2014
Spread the love

Ouarzazate, In the last four years, we have observed a growing phenomenon in the Arab musical field.

Many Middle Eastern singers are increasingly attracted to the Moroccan dialect, “darija,” as a new singing style, and they are snapping up opportunities to be admired by the Moroccan public. I describe this as a weird phenomenon because darija has always been seen by Middle Easterners as an odd dialect. Whenever you communicate in darija with a Middle Easterner, he or she would not miss the chance to comment, “your dialect is so difficult!”

This new trend towards Moroccan darija might be seen as reconciliation with this “weird” dialect, but it would be too simplistic and naïve to think so.  Singing in darija is merely a strategy used by these artists and their producers to make a living off the Moroccan public—no emotions are involved. The uprisings and chaotic circumstances in the Arab countries put the music industry at stake, leaving singers in a precarious situation. So, singing in darija can help ride out the storm. For this reason, Morocco, which has not been affected by the same hardships resulting from the Arab uprisings, is regarded as the sole calm harbor to land where a new style in the music business can flourish.

The Moroccan market is the most suitable market during this period of time and, of course, singers are smacking their lips at having a chance to perform at Moroccan festivals such as Mawazin, which is ranked among the most successful festival in the world. Music producers think that singing in darija will certainly affect the Moroccan public, so they penetrate their pockets through their hearts. Popular singers such as Asala Nasri, Assi Hellani, Diana Haddad, and many others will surely increase their fan base in Morocco when they sing in darija. The public will feel proud to listen to these giant singers recognize our “pathetic and outcast” dialect, and they will think that these singers are doing us a huge favor by promoting it.

All dialects of Arabic have almost the same level of complexity, and saying that one is easier or more difficult than another is just a fable. They are all derived from the classical standard Arabic and affected by different factors before reaching their current states. The difference between these dialects from the Gulf to the Atlantic is nothing but word choice. For example, a Moroccan would say: Ana bghit nmchi l ddar while an Egyptian would prefer the form: Ana 3ayez ArouH Elbit.  From the above example, we can see that 3ayez and bghit / Nmchi and ArouH/ ddar and Elbit are mere synonyms in classical Arabic. With the addition of different rhythms, sounds, and intonations, dialects become slightly different from one another, but stubborn minds and selfish speakers make the gap sound much more important than it really is.

It is great to learn and speak other languages and dialects, but, unfortunately, this often implies certain needs and weaknesses. An Amazigh who learns Arabic shows that his/her language is weak and that he/she needs Arabic; the same goes for an Arab who learns French or English. The same happens each time we converge to another speaker’s language or dialect. Sociolinguists explain that the person with higher needs or whose language, culture, or even economy is weaker is the one who converges more, whereas the one with lower needs or, whose language is powerful, tends to diverge.

Assimilating to another speaker’s tongue may be our fate in Morocco. To some extent, people would not consider that an issue; on the contrary, people consider code-switching to fit one’s interlocutor’s use of language as a positive behavior. But it is certainly an issue if the notion of power and weakness is hovering within a conversation. Whenever you meet a European, he/she would not make an effort to speak in your language because he/she knows that you are going to adapt to his/her language. This case can be tolerated to some extent if you are in their country and you need that language for interaction. However, the same goes for Arabs as well. I feel annoyed whenever I see a Moroccan stumbles to speak another Arabic dialect in an ugly accent while his/her interlocutor is speaking at ease and proud to be the dominant.

Nowadays, for any dialect or language to be dominant, there are many factors. Among these, we have the media. The country with the most influential media has more chances to spread its language or dialect. For example, American English has more advantages today over its British counterpart thanks to Hollywood. Similarly, the Egyptian dialect of Arabic is boosted by their media in the Arab world.

Spreading languages and cultures may also be attributed to political factors. For example, when France and other former colonial powers retreated from their colonies, they obliged them to use their languages. Nowadays, the battle of imposing languages and dialects on others is still ongoing. In Morocco, for instance, the British Council and the American Embassy spare no effort in making their dialects the most used among English teachers and learners.

Within the Arab world, there is a movement led by Egyptians to crown their dialect as the spoken version of classical Arabic. I personally witnessed this when I was in the Fulbright program in 2012/2013, when all the Arab Fulbrighters were assembled in Istanbul for an orientation and enrichment program. We were given a textbook to teach Arabic to American university students. I was surprised to find that the book was in the Egyptian and Shami dialects of Arabic.

When I arrived in the University where I was to teach Arabic language and culture, I found that the same textbook was required by the syllabus, and that students had already bought it. I did not use that book because I come from Morocco, and I was to represent my country and culture. Besides, I cannot properly speak either the Shami or Egyptian dialects of Arabic.

I have nothing against speaking other tongues, no matter what they are, but I am strongly against feeling obliged to do it.