Fez - Amid a storm of controversy over Amany El-Khayat’s offensive remarks regarding Morocco in her Daily TV show, Egypt’s Foreign Minister denounced the TV host’s comments. 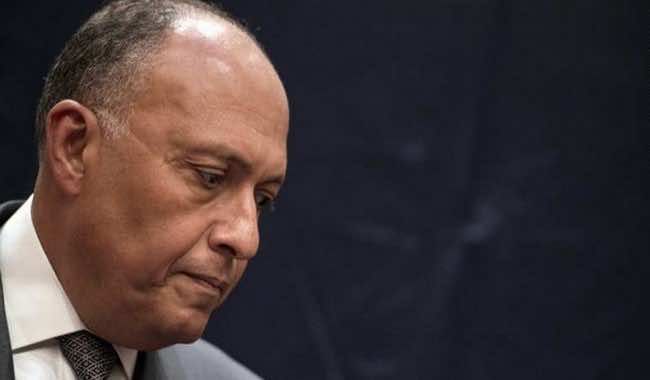 Fez – Amid a storm of controversy over Amany El-Khayat’s offensive remarks regarding Morocco in her Daily TV show, Egypt’s Foreign Minister denounced the TV host’s comments.

Egyptian Foreign Minister Sameh Shokri said that he was deeply angered by comments made by private Egyptian news anchor insulting the Moroccan people.

Talking to local newspaper editors in a meeting on Thursday, the Foreign Minister called on Egyptian media outlets to be “responsible.”

Shokri said Egypt’s ties with the Kingdom have been excellent since July 2013, stressing that “any insult to the Moroccan people is entirely unacceptable.”

The Foreign Minister was not the only Egyptian official to denounce Amany Al-Khayat’s offensive remarks. On Thursday, the Egyptian Ambassador to Morocco issued a press release in which he apologized on behalf of the Egyptian people to Moroccans.

“Any insult to Moroccans made lately by Egyptian media outlets is unaccepted by the people of Egypt,” said, Egypt’s Ambassador, Ahmed Ihab Jamal Eddine.

He went on to add that the views expressed in Amany’s show “do not reflect the Egyptian people’s point of view. In contrast, we Egyptians are proud of our historical ties with the Moroccan people.”

Ahmed Ihab Jamal Eddine concluded that the Egyptian government would take the necessary measures to ensure such unfortunate mistakes do not recur in the future.