Tinejdad, Morocco- The Moroccan ambassador to Egypt filed a complaint against Amany El Khayat, the Egyptian TV presenter,  who insulted Morocco  in her Daily TV show. 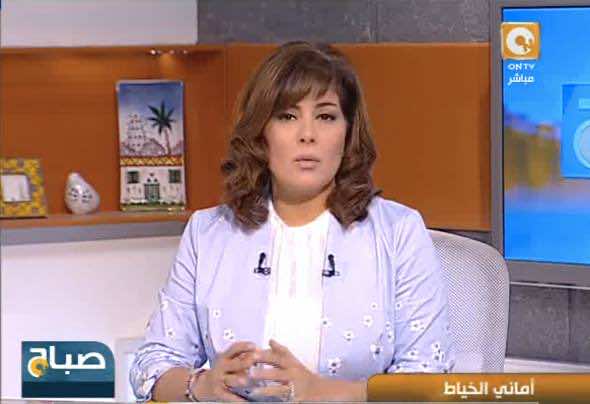 By
Larbi Arbaoui
-
Larbi is a freelance writer and assistant editor at Morocco World News.
Jul 20, 2014
Spread the love

Tinejdad, Morocco- The Moroccan ambassador to Egypt filed a complaint against Amany El Khayat, the Egyptian TV presenter,  who insulted Morocco  in her Daily TV show.

According Alyaoum24, three representatives of the Embassy of Morocco in Cairo visited the office of the Attorney General of the Republic of Egypt Hisham Barakat to file a complaint and a request for compensation against the Egyptian TV presenter, who lashed out at Morocco’s King and ruling Islamists party on the plateau of the ON TV channel

Amid a storm of controversy over the  offensive remarks made by Amany El-Khayat in her Daily TV show, Egypt’s Foreign Minister Sameh Shokri denounced the TV host’s comments, saying that he was “deeply angered by comments made by private Egyptian news anchor insulting the Moroccan people.”

Despite the apology of Amany El-Khayat to the king and people of Morocco, it seems that her unprofessional gaff won’t stop at this level.

The Association of Moroccan community in Egypt also filed a complaint against the TV presenter on charges of libel and defamation of the king and the people of Morocco, through her TV show on “Online TV “

In a video posted on YouTube  in July 16, Egyptian TV presenter, Amany El-Khayat, lashes out at King Mohammed VI and the ruling Islamists party claiming that the Moroccan economy is based on “prostitution.”