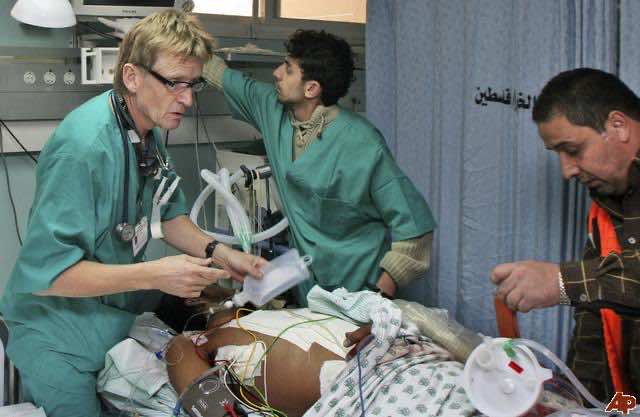 By
Larbi Arbaoui
-
Larbi is a freelance writer and assistant editor at Morocco World News.
Jul 20, 2014
Spread the love

The doctor who has been treating hundreds of victims wounded in Israel’s ongoing air strikes strongly criticized Israel for using internationally proscribed weapons.

“DIME explosives cause deep lacerations, which I have found on the bodies of killed and injured Palestinians,” Gilbert said.

The Norwegian doctor slammed the silence of the “European and international political and medical organizations” regarding the ongoing Israel assault.

“I call on [U.S. President] Barack Obama to visit Gaza so he can witness Israel’s crimes against Palestinians,” Gilbert said.

“The killing, mutilation and burning of children and women should not be overlooked,” he added.

Gilbert called on all international human rights groups to assume their responsibility on the ongoing massacre of the Palestinian civilians, most of them were children.

“All international groups tasked with documenting war crimes should send representatives to Gaza to document Israel’s crimes,” he added.