Fez - Hamas announced that it took an Israeli hostage,  Shaul Aron, on Sunday night, according to Al Jazeera Arabic. 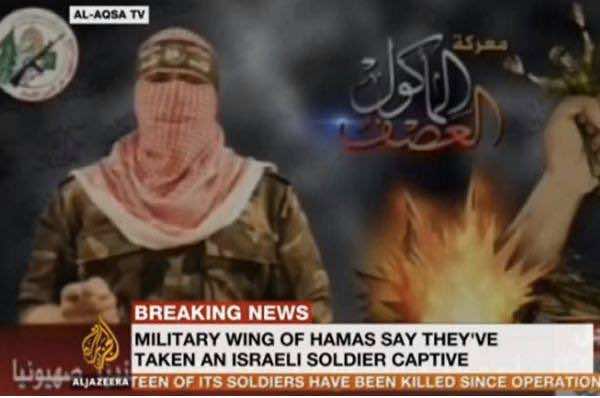 Fez – Hamas announced that it took an Israeli hostage,  Shaul Aron, on Sunday night, according to Al Jazeera Arabic.

Some Palestinians in Gaza appeared to be rejoicing as soon as they heard the announcement.

Sunday has been the bloodiest days since Israel launched its military operations on July 8. More than 110 Paletinians were killed on Sunday bringing the death toll to 440, among whom 110 children, 40 women and 25 elderly. More than 60 people were killed in Al Chajaya massacre.

According to the same source, the Israeli military targetted the ambulances that were evacuating and transporting the Palestinian casualties.

Palestinian medical sources announced that 60 people were killed in Al Chajaya massacre while 250 people were wounded.