Rabat - Tens of thousands of Moroccans staged a demo on Sunday in Rabat denouncing Israeli crimes in Gaza. The demonstration started at 10 a.m. from Bab El Had square and marched through Rabat’s main street Mohemmed V, then through Bab Rwah back to its starting point. 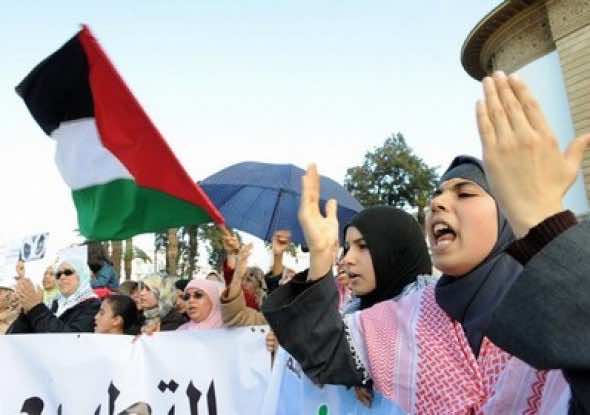 Rabat – Tens of thousands of Moroccans staged a demo on Sunday in Rabat denouncing Israeli crimes in Gaza. The demonstration started at 10 a.m. from Bab El Had square and marched through Rabat’s main street Mohemmed V, then through Bab Rwah back to its starting point.

The demonstration comprised political figures and human rights activists representing diverse parties and associations. Youssef El Kaidi, a social activist who took part in the pro-Gaza march expressed his pride of Moroccans’ reaction towards Arab’s prime cause. He said that “the ongoing massacre against Palestinians in Gaza is a shame to humanity. The least free people all over the world can do is to raise up and condemn the insanity of Israel and its bloody war machine against civilians. Today there was another version of Sabra and Shatilla in Gaza while world and Arab leaders are watching ‘the show’ unscrupulously.”

On her part, Ikram Lyamlahi, an activist from Fnideq expressed her pride to take part in the demonstration. “Today’s protest in Rabat made me feel so proud to be a Moroccan. Everyone went out to the street to express their anger against what’s happening in Gaza and the streets couldn’t contain the big number of the angry protestors.” 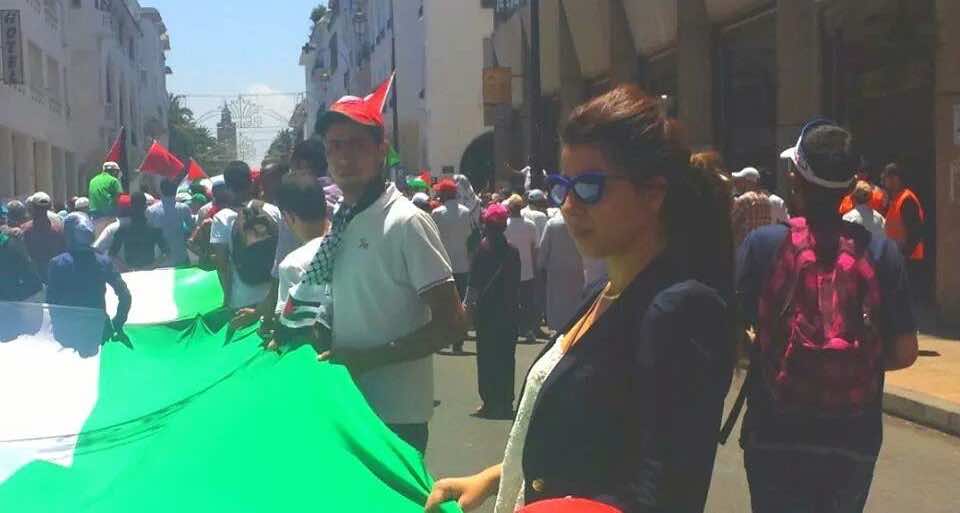 “As a human being, I cannot stand the scenes of mass killing of civilians and children and I call on the international community to support Gaza. It’s a war that scratches the conscience of humanity and it’s high time to end this injustice. As a mother, my tears flow every time I see images of children rolling in their blood. It’s traumatizing,” she added.

Thousands of participants were members of the Justice and Charity banned Islamist party. They described Benkirane’s government as “useless and indifferent” towards the massacres in Palestine. A number of other political party leaders took part in the protests, including Nabil Ben Abdellah, Minister of Housing and Urbanism and Secretary General of the Party of Progress and Socialism (PPS), Hamid Chabat, Secretary of Istiklal Party, and Mohammed Ouzine, Minister of Youth and Sports.

Angry at the escalating violence against Palestinians and the complicit silence of Arab governments, the protestors raised slogans accusing these political figures of lobbying support for their parties to score point for the coming communal elections at the expanse of the Palestinian cause.

Eye witnesses told MWN that Nabil Ben Abdellah was escorted to Rabatville train station amid slogans by the protestors.”

I saw Nabil Ben Abdellah being escorted to the train station amid angry slogans by the protestors,” a participant said.

Hamid Chabat, apparently embarrassed by the slogans, just disappeared from the scene.