Rabat- A photo of a young Palestinian child screaming in agony for his father after being badly wounded in the Gaza Strip went viral on social networks. 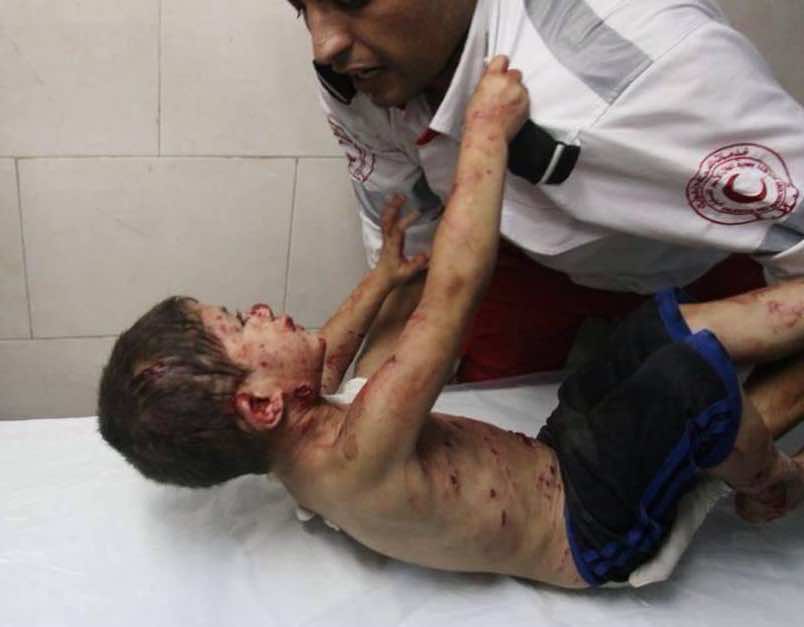 By
Aziz Allilou
-
Aziz Allilou is a student at the Higher Institute of Media and Communications (ISIC) and Morocco World News correspondent in Rabat.
Jul 22, 2014
Spread the love

Rabat- A photo of a young Palestinian child screaming in agony for his father after being badly wounded in the Gaza Strip went viral on social networks.

The picture taken on Thursday after an Israeli bombardment reveals the aftermath of the attack on Gaza.

It spread across the world, going viral on social media.

The picture shows the young child shirtless with cuts to his face, torso, arms, and legs, while clings to the hospital worker who is attempting to lay him flat on a gurney.

The picture itself is heartbreaking, but it fails to capture the Palestinian child’s desperate cry: ‘’I want my father, bring me my father!’’

The story behind the picture, taken at Gaza City’s al-Shifa hospital, was revealed by junior doctor Belal Dabour on his Twitter account.

Belal said that he witnessed the moment the picture was taken, revealing that the boy was screaming for his father.

“The boy was screaming: ‘I want my father, bring me my father,’” wrote the junior doctor.

Belal added that the young boy was one of four siblings brought to the hospital wounded.