Oujda- King Mohammed VI on Tuesday returned to the kingdom, after paying a visit to Saudi Arabia. 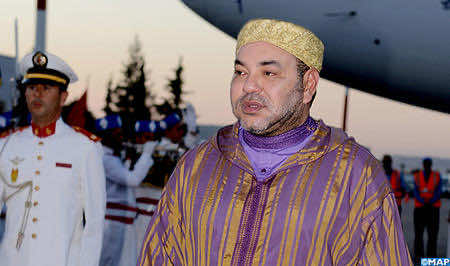 Oujda- King Mohammed VI on Tuesday returned to the kingdom, after paying a visit to Saudi Arabia.

During this visit, The King performed the Umrah ritual in the Haram Al-Sharif in Mecca.

The visit was also marked by the courtesy visit that the Sovereign paid to his brother the Custodian of the Two Holy Mosques, King Abdullah Bin Abdulaziz, which was an opportunity for the two sovereigns to reaffirm the strong relations between the two countries based on fruitful cooperation and active solidarity, and tackle regional and international issues of common interest, particularly the situation in the Arab world and the Israeli aggression against the Palestinian people.