Tinjedad, Morocco- Morocco and China signed Tuesday in Rabat a memorandum of understanding on the establishment of a unit of the Chinese group Shandong Shangang, a leader in the manufacture of steel products, in the free zone of Tangier Automotive City (TAC) located in the north of Morocco. 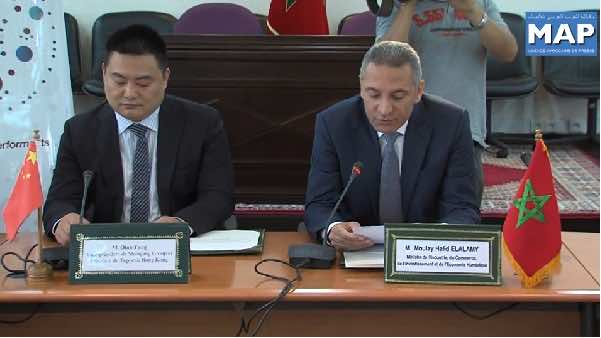 By
Larbi Arbaoui
-
Larbi is a freelance writer and assistant editor at Morocco World News.
Jul 24, 2014
Spread the love

Tinjedad, Morocco- Morocco and China signed Tuesday in Rabat a memorandum of understanding on the establishment of a unit of the Chinese group Shandong Shangang, a leader in the manufacture of steel products, in the free zone of Tangier Automotive City (TAC) located in the north of Morocco.

According to the African agency Agence Ecofin, the Chinese Shandong Shangang group, a world leader in the manufacture of steel products, will invest 1.3 billion dirhams (approximately $150 million) in the installation of a modern manufacturing plant, covering an area of 14 hectares (34.5 acres), to produce steel pipelines in the Tangier Free Zone.

Signed by the Moroccan Minister of Industry, Trade, Investment and Digital Economy, Moulay Hafid Elalamy, and Vice-President of the Shangang Group, Qian Yong, the memorandum brings to the kingdom a modern steel production unit that will produce an estimated 250,000 tons of steel pipelines annually which will be destined for export to the European and African continents.

“The signing of this contract with the Chinese group, which has annual sales of $7 billion, is extremely important, said Minister Elalamy, according to the same source. “It reflects the determination of the strategy implemented in Morocco to bring a number of Chinese manufacturers who are looking for competitive alternatives,” he said.

The Moroccan minister added that “by setting up this unit in Morocco, the industrial group will export all of its production abroad, 70% to Europe and 30% to Africa.”

The Vice President of the Chinese group, Qian Yong, said that this development is expected to create more than 200 jobs in Morocco. He expressed the group’s willingness to extend its cooperation with Morocco to other areas.
Edited by Elisabeth Myers