Algiers (AFP) - An Air Algerie plane with around 120 people on board including French and Spanish nationals went missing Thursday during a flight from Burkina Faso to Algiers, company sources and officials said. 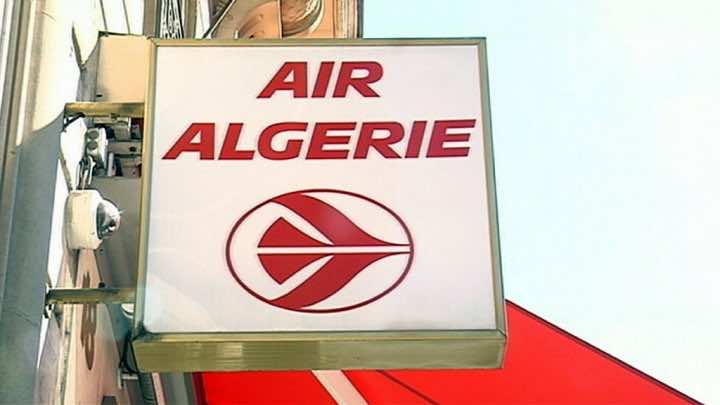 Algiers (AFP) – An Air Algerie plane with around 120 people on board including French and Spanish nationals went missing Thursday during a flight from Burkina Faso to Algiers, company sources and officials said.

Its six-member crew were all Spanish, said Spain’s airline pilots’ union Sepla, while Swiftair confirmed the aircraft had gone missing less than an hour after takeoff from Ouagadougou.

Many French nationals were thought to be on board the plane, France’s Transport Minister Frederic Cuvillier said in Paris.

He said after a government meeting that top civil aviation officials were holding an emergency meeting and a crisis cell had been set up.

Earlier reports had said the plane was a DC-9.

“The plane disappeared at Gao (in Mali), 500 kilometres (300 miles) from the Algerian border. Several nationalities are among the victims,” Prime Minister Abdelmalek Sellal was cited as saying by Algerian radio.

The Air Algerie source earlier said contact was lost while the airliner was still in Malian airspace and approaching the border with Algeria.

Despite international military intervention still under way, the situation remains unstable in northern Mali, which was seized by jihadist groups for several months in 2012.

On July 17, the Bamako government and armed groups from northern Mali launched tough talks in Algiers aimed at securing an elusive peace deal, and with parts of the country still mired in conflict.

“The plane was not far from the Algerian frontier when the crew was asked to make a detour because of poor visibility and to prevent the risk of collision with another aircraft on the Algiers-Bamako route,” the airline source said.

The carrier, in a statement carried by national news agency APS, said it initiated an “emergency plan” in the search for flight AH5017, which flies the four-hour passenger route four times a week.

One of Algeria’s worst air disasters occurred in February this year, when a C-130 military aircraft carrying 78 people crashed in poor weather in the mountainous northeast, killing more than 70 people.

The plane was flying from the desert garrison town of Tamanrasset in Algeria’s deep south to Constantine, 320 kilometres (200 miles) east of Algiers.

Tamanrasset was the site of the country’s worst ever civilian air disaster, in March 2003.

In that accident, all but one of 103 people on board were killed when an Air Algerie passenger plane crashed on takeoff after one of its engines caught fire.

The sole survivor, a young Algerian soldier, was critically injured.

In December 2012, two Algerian military jets on a routine training mission collided in mid-air near Tlemcen in the northwest, killing both pilots.

A month earlier, a twin-turboprop CASA C-295 military transport aircraft, which was carrying a cargo of paper for the printing of banknotes in Algeria, crashed in southern France.

The five soldiers and one central bank representative on board were all killed.