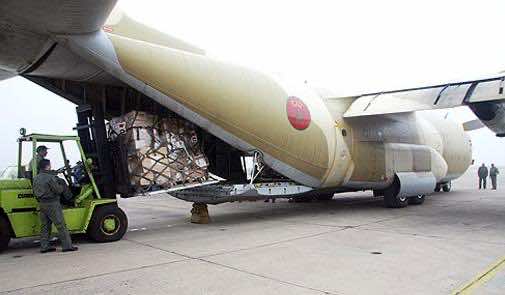 This aid, ordered by King Mohammed VI, will be transported overland to Gaza.

An air bridge was set up by the FAR to airlift aid from Kenitra military base to the Ismailia Airport in Egypt, before transporting it overland to Gaza.

With this humanitarian aid, Morocco will contribute to easing the sufferings of the Palestinians who are facing a despicable assault by the Israeli army.

It will also confirm anew Morocco’s full solidarity with the Palestinian people in this difficult juncture caused by the Israeli attack against unarmed civilians and the blockade imposed on the Gaza Strip.

King Mohammed VI had informed Palestinian president Mahmoud Abbas Abu Mazen, last Sunday over a phone call, about his orders to send quantitative and qualitative aid to the Palestinian people, in addition to what was announced on July 11.