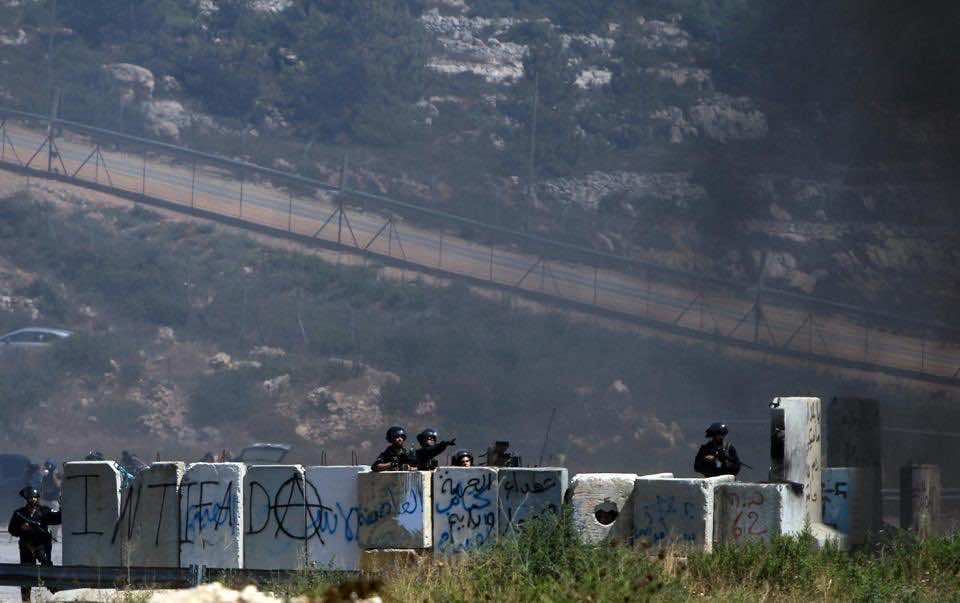 Palestinian security and medical officials named the man as Mohammed Al-Aaraj, 25, and said he was among at least 10,000 people clashing with soldiers and border police in Qalandiya, between Jerusalem and Ramallah.