Translated into English for MWN by S. B. 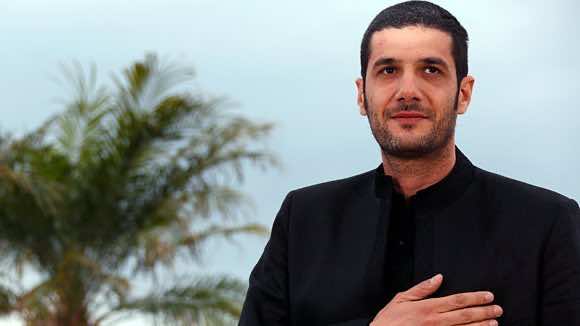 Translated into English for MWN by S. B.

Bombs cry again over Gaza. Tsahal is back to work. The aviation, marines, and the infantry of one of the militarily most powerful States in the world unite to wipe out the people of Gaza. Just like in a game of massacre, human beings are locked up in a box and bullets are randomly fired at them. Ah! But of course, your leaders pretend to only target the combatants, “the terrorists,” as they refer to them.

They do end up killing a couple of them, along with dozens of women and children who die amongst them. That’s what your leaders call collateral damage. They kill innocents, regret it, and promise they would investigate it. They end up telling us there is no such a thing as a clean war and that only the final victory matters.

You were taught to hate them and to see in them only savages who are after you to kill you, rape your women, and throw your children out in the sea. Ever since you were born, you were taught they don’t belong to this land; the land of your ancestors over which you are the only one to have any legitimate and historical rights. You were taught to forget about their history, to invent and mythicise yours. You were taught that a good Arab is a dead one. You were taught to colonize, to humiliate, to ignore, to lie to yourself, to fight and to be afraid. How could you possibly love them if you were only taught hatred?

You find love amongst your own, your community, those who have the same blood as yours, recite the same prayers, have the same superiority complex and the same faculty to deny the existence of the Other. With them, you attend the best schools, you do your military service, you travel, you work, you live and then you die. That is the best your State has to offer you. Universal values inherited from the Century of Enlightenment such as brotherhood towards others, accepting of differences and tolerance will have to wait for better times ahead…your life is all planned. You were born on this land and you will die on this land. The rest doesn’t matter much. You could be at war against all your neighbors; you could trigger the hatred of the just ones around the world, that’s alright. The entire humanity is wrong and you are right.

Your leaders forcefully call for the recognition of your State as a Jewish State, regardless of the cultural and religious diversity it is made of. This Jewish State is standing on its feet. It is safe behind its borders and its concrete wall. It keeps on praying to its prophets so that it lasts forever. It keeps on educating its children as it sees fit. It keeps on being above international laws, and doing what it wants to do, whenever it decides to do so. It keeps on imposing itself on the coward world, despising international organizations, heads of States as well as people. Your Jewish State has forgotten about morals. But that’s all right because it is surviving. And after all, what do morals have to do in the history that this State is in the midst of writing?

This is the very life that your army slaughters in your name.

You think you have friends. You do not have any friends. What you do have is some supports. True friends would have dared to tell you the truth. When these supports no longer need you, and once they stop believing that you are the free world’s rampart against barbarism, and when their interests move elsewhere, they will stop assisting you; and will find yourself alone facing your crimes.

You think that you will succeed in getting rid of the Palestinians by piling them up in Bantustans, but you are wrong. They will haunt you; haunt your children and your grand children as long as justice has not been done to them. A solidarity chain was created around the world which has for a long time understood your legitimate need to live safely, however, it doesn’t accept that you can blindly commit crimes to attain it; and that for each Jewish child killed, three hundred Palestinians should be assassinated by your army.

Your recent history protects you but this is not going to last eternally. Do you think you are better than your neighbors because you have enacted rules of a custom made pseudo-democracy? Know that in the in the hearts of the just ones you have been banned by nations.

Many civilizations have disappeared because they failed to self-introspect. Fortunately, there are some just women and men amongst you who are brave enough to denounce the injustice, and refuse to see these crimes committed in their names. Listen to them.

So, people of Israel, stand up! Fight the hatred they have instilled in your heart. Fight the lies; fight the madness that took over your leaders. Fight your fears, and slain the monster within you. And never forget that true courage is not to wage wars against innocents. The real courage is to silence the weapons and sign a just peace.

Originally published in French on the Huffington Post French. 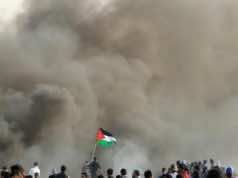 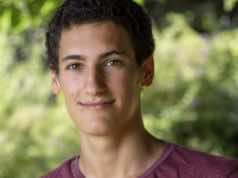 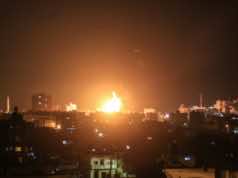 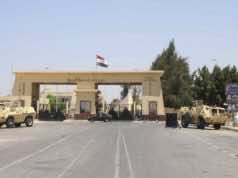 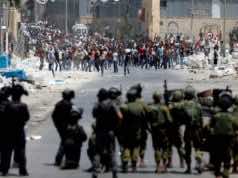 4 Dead, 367 Injured on Friday As Palestine Protests Against Trump