Fez - Jacques Renaud, Deputy Mayor of the town of Montreuil-Juigné in France, allegedly made an offensive comment in a tweet referring to a dead child in Gaza as a pice of “Halal meat.”  Claiming his account was hacked, Renaud has faced severe backlash. 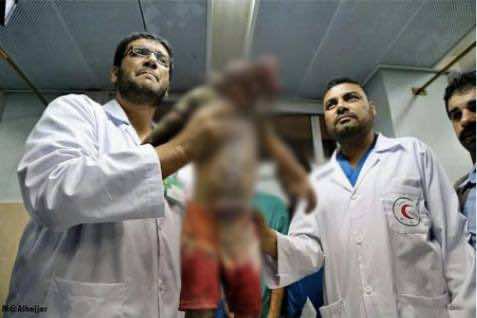 By
Aziz Allilou
-
Aziz Allilou is a student at the Higher Institute of Media and Communications (ISIC) and Morocco World News correspondent in Rabat.
Jul 25, 2014
Spread the love

Fez – Jacques Renaud, Deputy Mayor of the town of Montreuil-Juigné in France, allegedly made an offensive comment in a tweet referring to a dead child in Gaza as a pice of “Halal meat.”  Claiming his account was hacked, Renaud has faced severe backlash.

An indication of the level of anti-Muslim hatred and pro-Israel sentiment among France’s political elite, Jacques Renaud, the right wing deputy mayor affiliated to the UMP opposition, compared infants being killed in the Gaza Strip to animals slaughtered according to Islamic ritual.

On Tuesday, the outspoken pro-Israel politician shared a tweet pledging support for the Jewish groups in France who have recently been the target of ant-Semitic attack.

A French Twitter user responded to Renaud’s comment with a question about the deputy mayor’s thoughts on a photo.

The photo attached to the tweet depicted a dead child, and referred to the “barbarism” of the Israeli army which has killed more than 200 children during its current ongoing assault on Gaza.

Renaud tweeted the following reply: “It is Halal meat, I suppose?”  “Halal” refers to the method of slaughter of animals through a cut to the jugular vein, carotid artery, and windpipe, in accordance with Islam.

According to lelab.eaurop1, the first Deputy of the city of Montreuil-Juigné, Nathalie Lemaire confirmed that Renault has reportedly filed a police compliant on Wednesday afternoon, for identity theft.

“Jaques Renauld does not even have a Twitter account, and he does not know how to use it. For a while, someone has usurped his identity,” the first Deputy of the city of Montreuil-Juigné said.

Whether the account belongs to Renauld or it is fake, the damage had already been done. A petition calling for Renauld resignation surfaced on Change.org and has already accrued more than 4, 078 signatures.