Bamako - France announced on Friday there were no survivors among the 116 people on board the Air Algerie flight that crashed over Mali, saying bad weather was the likely cause of the disaster. 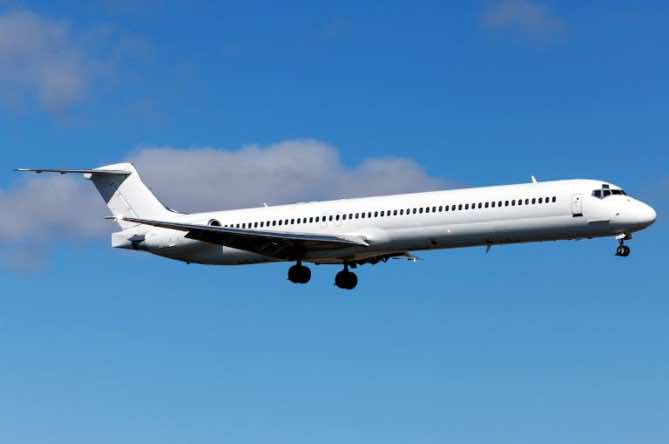 Bamako – France announced on Friday there were no survivors among the 116 people on board the Air Algerie flight that crashed over Mali, saying bad weather was the likely cause of the disaster.

“Sadly, there are no survivors,” President Francois Hollande said on television, a day after flight AH017, carrying 51 French nationals, went down shortly after take-off from Ouagadougou in Burkina Faso.

The wreckage of the McDonnell Douglas 83 plane, operated by Spanish charter firm Swiftair on behalf of Air Algerie, was located 50 kilometres (31 miles) north of the Burkina Faso border in Mali’s Gossi region.

In addition to the French victims, passengers and crew hailed from Burkina Faso, Lebanon, Algeria, Spain, Canada, Germany and Luxembourg.

It was unclear exactly how many people were on board, as Swiftair put the number at 116 while the French presidency said 118 passengers and crew were on the jet.

It was on its way to Algiers when it crashed amid reports of heavy storms in the area, shortly after the pilots radioed in that they were diverting course due to difficult weather conditions.

A witness reported seeing the plane “falling” in the difficult-to-access Gossi region.

French Interior Minister Bernard Cazeneuve said meteorological conditions appeared to be the most likely cause of the accident — the worst air tragedy for French nationals since the crash of the Air France A330 linking Rio de Janeiro to Paris in June 2009.

Transport Minister Frederic Cuvillier added that the possibility of a strike from the ground had been ruled out “from the start”, quashing speculation that rebels in Mali’s restive north could have shot the plane down.

But Hollande insisted that no potential cause for the accident was being left out.

Swiftair has a good safety record and the head of France’s DGAC civil aviation authority said Thursday that the MD-83 had passed through France this week and been given the all-clear.

The plane disaster is the third in the space of just eight days, capping a disastrous week for the aviation industry.

On July 17, a Malaysia Airlines plane crashed in eastern Ukraine, killing all 298 people on board.

And a Taiwanese aircraft crashed in torrential rain in Taiwan on Wednesday, killing 48.

Mali, Algeria, Niger, Burkina Faso and France were all coordinating their search efforts, and the plane wreckage was located by a French drone thanks to information provided by Burkinabe authorities.

France has a strong military presence in the area after it launched an offensive in Mali last year to stop Islamist extremists and Tuareg rebels who had seized the north of the country from marching onto Bamako.

As such, around 100 French soldiers stationed in the northern city of Gao were able to travel overnight to the site of the crash on board some 30 vehicles.

In the meantime, French drones, fighter jets and helicopters had taken part in the rush-against-time to locate the plane.

The black box flight recorder of the plane had been recovered by French military forces on site and was being taken to Gao, Hollande said.

Whatever the cause of the crash, the human face of the tragedy was becoming ever-more poignant as the hours went by.

In France, two crisis units were set up at the DGAC and at the foreign ministry, in addition to other emergency centres in airports around the country as many of the French passengers were transiting through Algiers on their way to France.

One French family had seven people on the plane, a brother of one passenger told AFP.

“There was my brother, his wife and their four children, plus my nephew,” Amadou Ouedraogo said via telephone.

The small town of Menet in central France, meanwhile, was left devastated when residents found out an entire family that lived there was on board flight AH5017.

Bruno Cailleret and Caroline Boisnard “were coming back from a trip to Burkina Faso with their two children, Elno, 14 and Chloe, 10,” said Denise Labbe of the local town hall, adding Boisnard’s mother was also on the plane.

“Everyone is devastated in the town. We all know the family, who live in front of the town hall. No one can quite believe it, it’s like having a bad dream,” she said.

This year has already seen Algeria mourn the loss of another plane when a C-130 military aircraft carrying 78 people crashed in February in the country’s mountainous northeast, killing more than 70 on board.