Fez - After Israel initially blamed Hamas for kidnapping and killing three Israeli teens on June 30, it turns out that Hamas was not responsible, according to Israeli police. 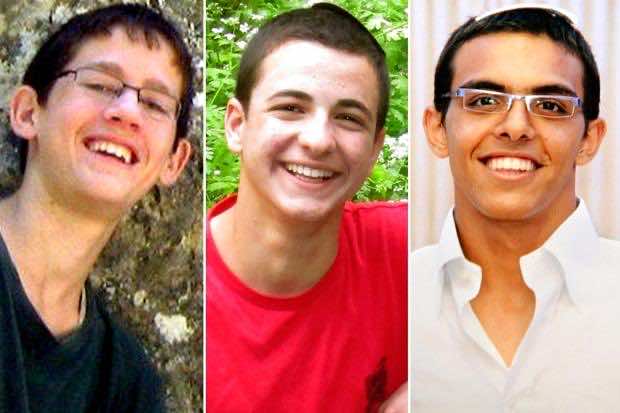 Fez – After Israel initially blamed Hamas for kidnapping and killing three Israeli teens on June 30, it turns out that Hamas was not responsible, according to Israeli police.

The BBC’s Jon Donnison has a new line from an Israeli police spokesman on who is responsible for the killing of three Israeli teens last month.

But now it appears that Hamas was not responsible for the deaths after all, which are said to have been the work of a “lone cell.”

On Friday, BBC journalist Jon Donnison tweeted a series of statements, which he attributed to the Israeli Police Foreign Press Spokesman, Mickey Rosenfeld.

Seems to contradict the line from Netanyahu government. 2/2

Israeli police spokes Mickey Rosenfeld also said if kidnapping had been ordered by Hamas leadership, they’d have known about it in advance.

Interestingly enough, there is no mention of the story on the BBC website despite the tweet from its own correspondent. Still, Donnison’s tweets were picked up by several news websites worldwide.

The Huffington Post picked up Donnison’s tweets, stressing that it confirms the analysis of Shlomi Eldar,  a columnist for Al-Monitor’s Israel Pulse.

Eldar said that the two suspected of kidnapping and killing the three Israli teens, Marwan Qawasmeh and Amar Abu Aisha,“may not be under the direct control of Hamas, but its actions have placed Hamas in Israel’s sights with regard to the kidnapping of three Israeli students.”

The kidnapping and subsequent killing of Eyal Yifrach, Gilad Shaar, and Naftali Frankel,  last month is considered to be a flashpoint for the escalated violence in Gaza, that, as of day 19 of the conflict, has left 926 Palestinians, mostly civilians, dead.