New York- Israel killed 17 civilians on the first day of Eid El Fitr, eight of whom were children. 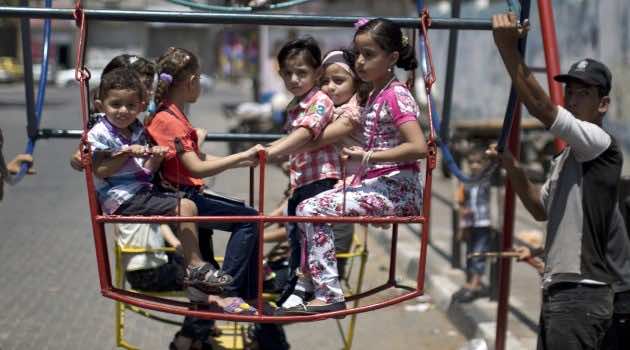 New York- Israel killed 17 civilians on the first day of Eid El Fitr, eight of whom were children.

According to Al Jazeera Arabic, the Israeli military bombed a group of Palestinian children while they were playing in a refugee camp.

In a separate attack, an Israeli missile targeted the main gate of Shifa hospital in Gaza City.

These indiscriminate attacks come after a 12-hour truce and amid international efforts to reach a humanitarian truce between the Israeli occupation forces and Hamas.

The Israeli military onslaught on Palestinians, which started on July 8th, has left more than 1,100 people dead and over 7,000 people injured.

The United Nations Security Council held an emergency meeting on Monday night, in which it called for an “immediate and unconditional” ceasefire, allowing for the delivery of urgently needed humanitarian assistance to the Gaza Strip.

In a presidential statement, the Security Council expressed its strong support for the call by international partners and Secretary-General Ban Ki-moon for an unconditional and immediate humanitarian ceasefire, and urged all parties to accept and fully implement it into the Eid period, marking the end of the Muslim fasting month of Ramadan and beyond.

“The Security Council also calls on parties to engage in efforts to achieve a durable and fully respected ceasefire, based on the Egyptian initiative,” the statement added.