Tinejdad, Morocco - While democratic countries all over the world invest human and financial resources to instil human values, such tolerance and mutual respect in the young generation and strive to eradicate hatred, racism and chauvinism in their societies, Israel seems to teach its youth to hate others, particularly Arabs. 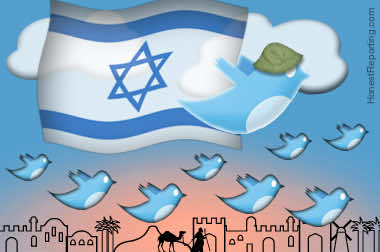 By
Larbi Arbaoui
-
Larbi is a freelance writer and assistant editor at Morocco World News.
Jul 30, 2014
Spread the love

Tinejdad, Morocco – While democratic countries all over the world invest human and financial resources to instil human values, such tolerance and mutual respect in the young generation and strive to eradicate hatred, racism and chauvinism in their societies, Israel seems to teach its youth to hate others, particularly Arabs.

This ideology preached by  the “only democratic state’ of the Middle East is done also through social media.

In an article written for Mondoweiss, David Sheen searched on twitter for the word Arab in Hebrew language (ARAVIM), and what he found was very choking.

The reporter found the tweets using the word “ARAVIM” inciting to hatred and racism against Arabs, and wishing a “painful death” to all of them.

The Israeli young devils used Twitter to express not only their hatred towards Arabs, but also call for torturing, killing and exterminating them.

Another tweet goes beyond hatred, and calls simply for the death of all Arabs, considered by the young Israelis as “not human’ , but “beasts”

It seems that the shocking hatred expressed by the young Israelis is not a sentiment kindled by the ongoing Israeli onslaught on the Palestinians in Gaza, but something entrenched in Israeli society.

.@shirzarfaty: “Not just on our summer vacation we hate stinking ugly Arabs all our lives, for the rest of our lives” http://t.co/8AruzLzu0N