Rabat - As many Moroccan expatriates return home for the summer holidays, politicians are debating plans to guarantee their political representation. 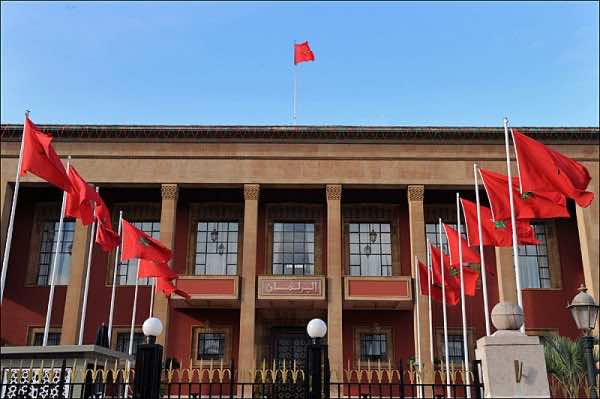 By
Leila Hanafi
-
Leila, a Moroccan-American international lawyer and world Bank professional, is the Founder and Chief Counsel of international law firm and think-tank ARPA Dispute Resolution and member of the Moroccan Commission on National Dialogue & New Constitutional Prerogatives.
Jul 30, 2014
Spread the love

Rabat – As many Moroccan expatriates return home for the summer holidays, politicians are debating plans to guarantee their political representation.

The mantra all politics is local is egregiously unbalanced. Modern Diasporas challenge contemporary notions of how political life should be organized. The millions of Moroccans residing outside the Kingdom play an important role in the development of the country, not least in terms of the remittances that they send home. In 2012, Morocco remittance receipts were valued at $6.5 billion, representing 6.8 percent of the country’s $96 billion GDP. However, even though their economic contribution is essential to Morocco’s economy, the non-economic aspect of their involvement remains neglected. This highlights how the Moroccan Diaspora remains forgotten in terms of access to rights, notably political rights.

In Morocco, while the legal framework permits the right to political representation, in reality, Diaspora citizens are still disenfranchised and their political rights and democratic representativeness remain a key area for elaboration. In the wake of the Arab Spring, Morocco has adopted a revised constitution that tackles the rights of the Moroccan Diaspora (i.e. Articles 16-17-18-30) and grant them political rights, stipulated in Article 17 of the Constitution, which states that “Moroccans living overseas shall enjoy the rights of full citizenship, including the right to vote and be voted for. They may run for office in elections on lists and in voting districts at local, regional and national level,” and Article 18 which stipulates that “authorities shall work to achieve the highest possible level of participation of Moroccans living overseas in advisory and good governance institutions created by the Constitution or by law.” However, their implementation is still pending.

More than three years into its passage, it is important not to be content with the words inscribed in the constitution, but, more importantly, their realization. As the King himself observed in his July 30, 2011 Throne Day Speech, “No constitution, however flawless it may be, is an end in itself. It is rather a basis upon which a new political pact can be built and capitalized on to uphold the rule of law, human rights and good governance, and bolster development, through efficient, credible institutions.”

The 2011 constitution marked an unprecedented change by declaring the country’s adherence to human rights as recognized universally as well as recognizing the preeminence of international law over national legislation. Some of these provisions relate to the Moroccan Diaspora.

Morocco is party to several international rights agreements that pertain to the Diaspora’s political rights, including the International Covenant on Civil and Political Rights (ICCPR), ratified in 1979. For instance, Article 25 of the ICCPR features a poignant equality clause pertaining to the right to vote and to be elected, and that everyone has the right to equal access to public service in his or her country. In line with its determination to universal human rights law, Morocco has also adopted in 2012 several Optional Protocols on Human Rights, namely: the Optional Protocol to the International Covenant on Civil and Political Rights. The decision of ratification was welcomed by Moroccan Diaspora organizations who consider the protocol to be an essential instrument for the domestication of the ICCPR. However, despite these steps, blatant shortcomings in improving the situation of Diaspora’s access to political rights in Morocco still prevail. Under Morocco‘s international human rights law commitments, the country must comply with the tripartite framework: obligation to respect, obligation to protect, obligation to fulfill.

As millions of Moroccans reside abroad so does the need to integrate Moroccan nationals living overseas into governance institutions and to allow them exercise their political rights. Any tangible steps made in the ongoing development of Morocco cannot be successful without the healthy marriage of good governance and the active participation of its citizens not only inside Morocco but also outside the country. Today, a new Diaspora engagement model, anchored in a rights-based social contract, can set in motion a virtuous cycle of mutually reinforcing political, social and economic inclusion processes.