Casablanca - A scene in an Egyptian television series recently stirred up controversy on Moroccan social media when it showed a “sexy” belly dancer with an unmistakably Moroccan flag design on her dance costume. 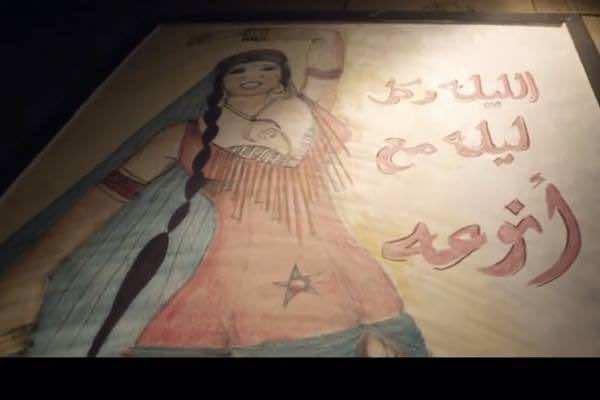 By
youssef sourgo
-
Youssef Sourgo is currently a Master’s student in Linguistic and Literary studies at Ain Chok Faculty of Letters and Humanities.
Jul 31, 2014
Spread the love

Casablanca – A scene in an Egyptian television series recently stirred up controversy on Moroccan social media when it showed a “sexy” belly dancer with an unmistakably Moroccan flag design on her dance costume.

Although the dust has barely settled on Egyptian TV presenter, Amany El-Khayat’s disparaging remarks about Morocco in her daily show, a new “affront” to Morocco by Egyptian media has surfaced, seemingly magnifying tensions.

A scene in the 29th episode of the Egyptian series “Fifa Atata” shows the picture a belly dancer posing at the entrance of an Egyptian night club wearing a costume featuring design elements of the Moroccan flag, with the message “Tonight and every night with Anouma” shown next to her.

This episode of the Egyptian series quickly went viral on Moroccan social media soon after it had been uploaded to Youtube, outraging many Moroccans, who found it “offensively provoking” and inconsiderate given the climate of outrage that Amany El-Khayat’s offensive remarks on Morocco had already engendered.

“Targeting Morocco with offensive content seems today’s most efficient way of getting media attention,” read a comment on the Youtube video. According to Moroccan fans of the Egyptian series, the appearance of the Moroccan flag in the 29th episode was unwarranted, since no mention of Morocco or anything related to it had been made in preceding episodes.

Some Moroccans wondered whether the scene in “Fifa Atata” is a deliberate attempt on the part of Egyptian media to offend Moroccans—especially given its airing so soon after El-Khayat’s assertion that Morocco’s “economy is based on prostitution” (El Khayat subsequently apologized on the air to Moroccans and the Moroccan King over what she said) — or whether it merely represents the “Egyptian way” of celebrating Moroccans. The latter was judged less likely by the majority of Moroccans.