Fez - The U.S. Department of State generally hailed Moroccan policies that protect religious freedom in a new report released on July 28. However, the report stated that Moroccan law gives “preferential treatment” to Islam from the Maliki Sunni School and to Judaism. 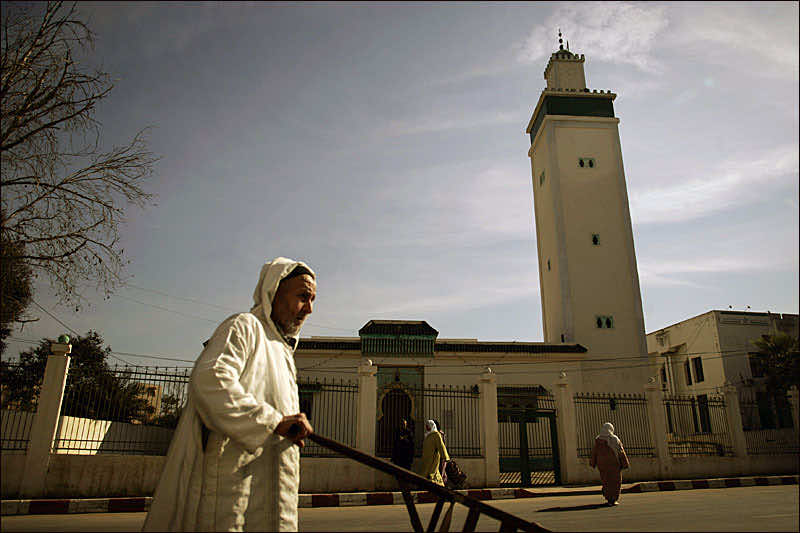 Fez – The U.S. Department of State generally hailed Moroccan policies that protect religious freedom in a new report released on July 28. However, the report stated that Moroccan law gives “preferential treatment” to Islam from the Maliki Sunni School and to Judaism.

Hailing Morocco for its constitutional, legal, and political protection of religious freedom, the 2013 International Religious Freedom Report states that the Moroccan constitution and other laws and policies “generally protect freedoms of worship and conscience, but restrict attempts to convert Moroccans from Maliki Islam. The constitution stipulates that Islam is the religion of the state and that the state guarantees the free exercise of religion,”the report said.

However, while the free exercise of religion is guaranteed, all citizens, including members of Parliament, who are normally immune to arrest, as well as the media, “may be prosecuted on charges of expressing opinions injurious to Islam.”

The report goes on to say that the Moroccan government permits the display and sale of Bibles in French, English, and Spanish, and a limited number of Arabic translations of the Bible are available for sale in select bookshops.

The Moroccan government does not require the designation of religion on passports or national identity documents. Nor are there any prohibitions on religious clothing or symbols in either the public or private sphere.

The Moroccan government gives “preferential treatment to Islam of the Maliki School and to Judaism,”according to the Report. “The government’s annual education budget funds the teaching of Islam in all public schools and Judaism in some public schools. The government also funds the study of Jewish culture and its artistic, literary, and scientific heritage at some universities. At the University of Rabat, Hebrew and comparative religion are taught in the Department of Islamic Studies. Approximately a dozen professors teach Hebrew throughout the country,” the report stated.

While the report highlighted many positive facets of religious freedom in Morocco, it noted that some Moroccan Christians reported increased police harassment. “Christians continued to report societal scrutiny and pressure from non-Christian family and friends.”On the other hand, “Jews lived in safety throughout the country,”the report said.

According to the report, while the Moroccan law permits Sunni Muslims of the Maliki school of Islam to proselytize, it prohibits efforts to convert Sunni Muslims to other religions.

Because religious freedom in Morocco is guaranteed by law, any act of preventing or impeding a person from worship or attending worship services of any religion can be punished by six months to three years of imprisonment and a fine of 115 to 575 dirhams ($14 to $68).

While voluntary conversion from Islam to another religion is not a crime under the criminal or civil codes, the government considers it an offense to proselytize and convert Moroccan Sunni Muslims to other religions, and anyone accused of such an offense will be subject to the same penalty.

The religious demography given by the U.S. Department of state estimates that more than 99 percent of the Moroccan population is Sunni Muslim. Other religious groups including Christians, Jews, Shia Muslims, and Bahais together constitute less than 1 percent of the population.

The U.S. Department of State submits an International Religious Freedom Report annually to Congress that describes the status of religious freedom in every country throughout the world. The report covers government policies that impact religious belief and practices of groups, religious denominations, and individuals, and U.S. policies to promote religious freedom around the world.