Tinejdad, Morocco - The U.S. Department of Agriculture has cleared a shipment of blueberries from Morocco for entry into the U.S. provided that it meets "phytosanitary requirements.” 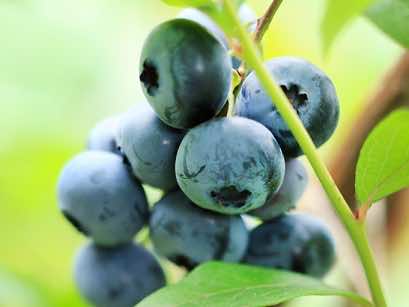 By
Larbi Arbaoui
-
Larbi is a freelance writer and assistant editor at Morocco World News.
Aug 2, 2014
Spread the love

Tinejdad, Morocco – The U.S. Department of Agriculture has cleared a shipment of blueberries from Morocco for entry into the U.S. provided that it meets “phytosanitary requirements.”

Under a decision of the U.S. Animal and Plant Health Inspection Service (Aphis) that takes effect on August 29, Moroccan blueberries will have access to the American consumer as long as “they meet several phytosanitary requirements,” according to the U.S. Department of Agriculture as reported in The Packer.

The Department of Agriculture stated that “Moroccan trade officials expect the country’s exporters to ship 360,000 pounds of fresh blueberries to the U.S.,” according to the same source.

Morocco has been making considerable developments in agricultural production in an effort to boost its competitiveness in international markets.

In 2013, the amount of Moroccan vegetables and fruits exported to the European Union reached one billion and 300,000 tons, while exports of citrus fruits and vegetables reached 500,000 tons and 800,000 tons, respectively.

In a ceremony in early June at the UN Food and Agriculture Organization headquarters in Rome, Morocco was awarded a diploma “for obtaining the Millennium Development Goal 1 (MDG-1).” The MDG-1 hunger target requires countries to reduce by half the proportion of hungry people in the population before the end of 2015 compared to the level in 1990.