Fez -As the situation worsens in Gaza amid the ongoing murderous shelling by Israel, Germany said Wednesday it would allocate 8.5 million euros in humanitarian assistance for the Palestinian people in the besieged Strip. 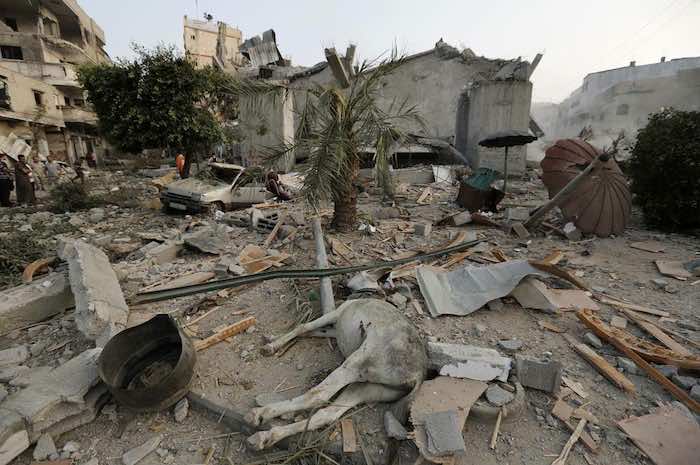 By
Aziz Allilou
-
Aziz Allilou is a student at the Higher Institute of Media and Communications (ISIC) and Morocco World News correspondent in Rabat.
Aug 2, 2014
Spread the love

Fez –As the situation worsens in Gaza amid the ongoing murderous shelling by Israel, Germany said Wednesday it would allocate 8.5 million euros in humanitarian assistance for the Palestinian people in the besieged Strip.

Germany is providing an additional €8.5 million ($11.5 million) in humanitarian aid for Gaza to ease the civilians’ increasing suffering amid the Israel’s aggression against the Palestinians, according to the German Federal Foreign Office.

This sum of money will be channeled through the UN Relief and Works Agency for Palestine Refugees in the Near East (UNRWA) and other non-governmental organizations (NGOs) to provide food and health services to civilian population amid the escalation of violence.

“The escalating violence in Gaza has again brought hardship and forced many people to leave their homes. As so often, the worst affected are mainly those already living under difficult conditions,” German Foreign Minister Frank-Walter Steinmeier said in a written statement.

“We must not forget these people in the current crisis,” he added.

This month, Germany has given nine million euros in humanitarian aid to Gaza, he said.

Germany provided $670,000 in humanitarian aid at the beginning of the Israeli operation “Protective Edge” against Hamas militants, July 8. However, Israel has since pounded the strip of Gaza with missiles with the ostensible aim of halting rocket fire from the region.

A total of 1,650 Palestinians have been killed to date (mainly women, children and elderly) and 7,600 wounded since the Israeli aerial, naval, and ground attacks started on July 8.

Gaza-based resistance factions, meanwhile, have continued to fire rockets at Israeli cities in response to the offensive.

Israel says that 53 Israeli soldiers and three civilians have been killed since the hostilities began.

Last week, Human Rights Watch said Israeli air attacks on Gaza had been targeting civilian structures and killing civilians, in violation of the laws of war.