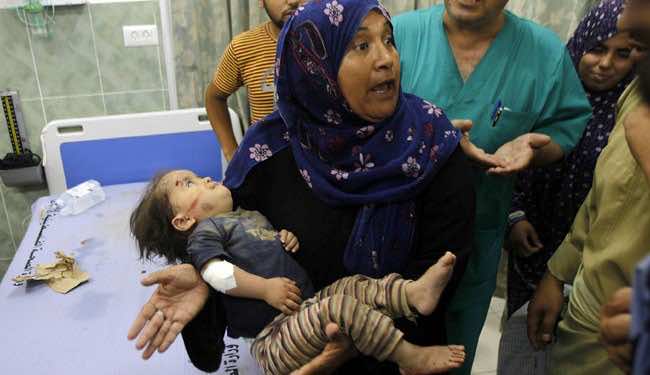 With 30 dead, including nine members of the same family, the Rafah area in the southern Gaza Strip, was the main target of these new bombings.

The human toll of the “Border protective” operation now exceeds 1,700 deaths in the Palestinian territory, mostly civilians, according to health services of the Gaza Strip.

According to the Palestinian Centre for Human Rights, 520,000 people were also displaced by the bombing started on July 8, followed ten days later by a ground offensive.

On Saturday night, Prime Minister Benjamin Netanyahu announced that once the destruction of tunnels dug by Palestinian militants is completed, the Israeli army would continue its operations “until we reached our goal of restoring your safety citizens of Israel.”

The Israeli Defense Forces (IDF) has announced that the soldier Hadar Goldin, who was missing Friday morning after a Hamas attack in the Rafah area, was killed in a battle.