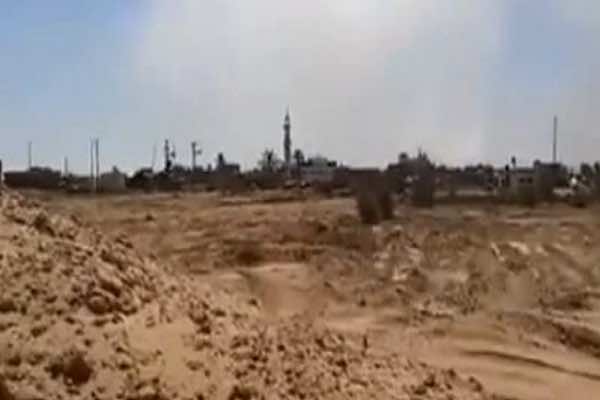 Rabat- Video footage posted on YouTube allegedly shows a Mosque in the Gaza strip being blown up by the Israeli IDF followed by cheers by soldiers. This is not the first mosque targeted by the Israeli army, and the number is increasing.

The killing of civilians appears to be strategically planned by bombing precise locations where the general public gathers for prayers or to obtain food and supplies, as evidenced by the massacre of the Chojai’a Food Market two days ago.

Since the start of the Israeli offensive against the Palestinians in Gaza, over 1,700 were killed and more than 8,500 were injured, amid the silence of an international community that proved unable to hold Israel to account and compel it to abide by international law and the international humanitarian law.

For the second time in less than 10 days, Israeli forces launched a deadly near one of the United Nations schools in the southern city of Rafah, killing at least 10 civilians.

The Israeli Prime Minister Benjamin Netanyahu stated in his last meeting on Saturday that the bombing will remain active and that Israel is simply defending herself from Hamas.

Netanyahu called upon the Obama administration not to “second guess him again,”but to trust in his judgment with respect to Hamas.