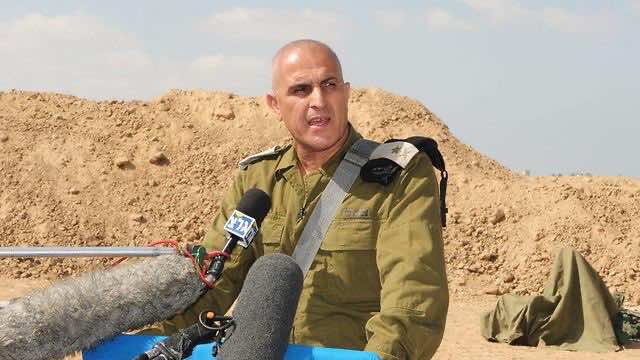 MWN previously reported that General Sami Turdjeman, the Israeli Military Commander in charge of the ongoing assault on Gaza who was responsible for the deaths of innocent civilians on the Gaza Strip, had caused an uproar in Morocco because of his Moroccan origins.

Today, four Moroccan lawyers filed a complaint appealing to the public prosecutor in Rabat during a press conference, to prosecute Tordjman for having committed countless “war crimes” during the ongoing assault.

Born in Marrakech, Tordjman is directly responsible for the massacre of hundreds of unarmed Palestinian in Gaza. Because he is of Moroccan descent, the group of lawyers believes that he is legally punishable in a Moroccan court.

The signatories of the complaint are the following: Khalid Sefinani, Abderrahim Jamai, Abderrahman Benameur, and Abderrahim Ben Barka. They have also confirmed their intention to pursue “all military and civilian leaders of Israel before the International Criminal Court.”

Meanwhile, they are encouraging other NGOs and representatives of civil society to take similar measures. Furthermore, Abderrahim Jamai also called for the adoption of a law that would allow Morocco to take action addressing Israel’s war crimes.

In addition, Khalid Sefiani harshly criticized French President François Hollande and U.S. President Barack Obama for “having publicly displayed themselves as allies of Israel . . . they [just] want to stop the firing of missiles against Israel and forget the killing of children.”

The Moroccan lawyers hope to win the case so that General Sami Tordjman will have to face punishment in one of Morocco’s prisons.