Fez- ‘The Independent' learned of Israeli soldiers’ attitudes about the ongoing bloodshed in Gaza. 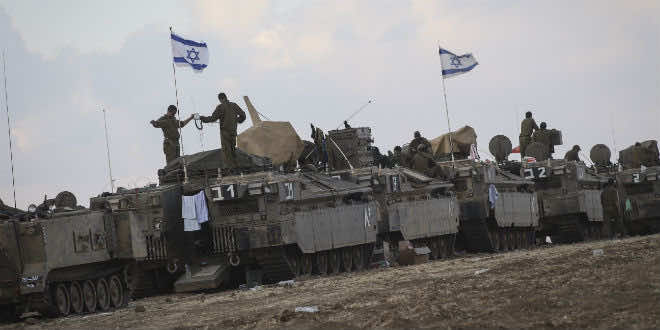 Fez– ‘The Independent’ learned of Israeli soldiers’ attitudes about the ongoing bloodshed in Gaza.

Al Jazeera reported Monday, August 4, that prominent British newspaper The Independent published interviews with members of the Israel Defense Forces in which they confessed to being forced to shoot whomever appeared in their sights in their offensive on Gaza.

The soldiers revealed that high-level officials in the army demanded a severe and emotionless fight with the Palestinian resistance, no matter the casualties.

The testimonies of the Israeli soldiers show that the present attack on Gaza is violently reminiscent of 2012 attacks, wherein numerous civilians were either killed or badly injured.

Army officials gave orders to bombard various sites in the Gaza Strip without regard for the human and material cost. These attacks have targeted not only to resistance tunnels and apartment buildings, but even shelters and mosques.

According to The Independent, some members of the Army have shown sympathy with the civilian victims, particularly children. But authorities have been very strict in their orders, asking soldiers to fight without feeling, which is the essence of Israeli military training, the soldiers added.

Israeli violence against Gaza strip has killed more than 1870 Palestinians since the conflict began, mostly women and children.

The violence against Gaza has intensified during latter days, with bombs and missiles targeting even UNRWA-run schools, which housed children and their mothers who had escaped and sought shelter from the ravage of Israeli attacks on the Gaza Strip.