Rabat- There has been uproar in Saudi Arabia, a deeply Islamic state, after an unprecedented appearance of a female newscaster without a headscarf on Saudi state television. 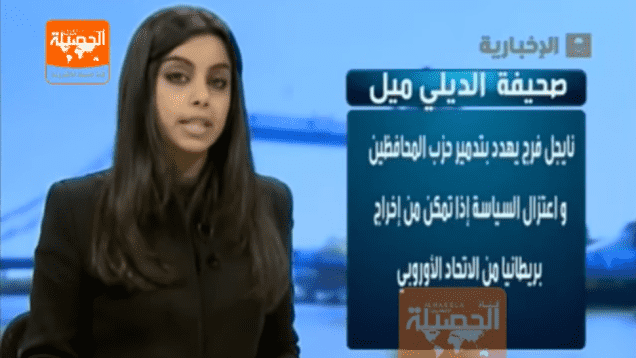 By
Aziz Allilou
-
Aziz Allilou is a student at the Higher Institute of Media and Communications (ISIC) and Morocco World News correspondent in Rabat.
Aug 7, 2014
Spread the love

Rabat- There has been uproar in Saudi Arabia, a deeply Islamic state, after an unprecedented appearance of a female newscaster without a headscarf on Saudi state television.

This is believed to be the first time a female presenter has appeared without a veil on a state-owned TV channel in Saudi Arabia.

The anchorwoman’s appearance sparked outrage on social networks in the conservative Islamic country, and she has become subject to a national scandal.

The clip went viral on social media, and was viewed online tens of thousands of times. Most Saudi commentators criticized the anchorwoman’s appearance, calling it a public dishonor to tradition.

As the satellite TV channel Al Ekhbariya became the center of controversy, it released a statement promising that the incident will not happen again.

“She was not in a studio inside Saudi Arabia and we do not tolerate any transgression of our values and the country’s systems,” spokesman Saleh Al Mughailif said in a statement, according to Gulf News.

“She was a correspondent reading the news from a studio in Britain,” he added.

Legal action may be taken against women who do not dress “modestly” in Saudi Arabia. “Immodest” clothing can include not wearing the headscarf.