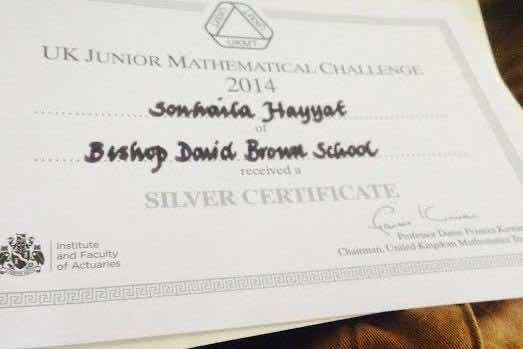 By
Larbi Arbaoui
-
Larbi is a freelance writer and assistant editor at Morocco World News.
Aug 12, 2014
Spread the love

The Moroccan student received a Silver Certificate from the UK Junior Mathematical Challenge in recognition of her outstanding performance in the mathematics competition.

Being among around 1200 of the highest scorers, Ms. Hayyat is eligible to participate in the Junior Mathematical Olympiad.

Math teacher Andy Chandler was quoted by Stonegazette as saying “We are extremely proud of all the children who took part and of their achievements.”

Designed to encourage pupils to use logical reasoning, the competition, which is aimed at pupils in Year 9 or below in UK, requires challengers to answer 25 multiple choice questions in one hour.

The challenge is taken in school under normal exam conditions, according to the competition’s official website.