Rabat -The International Federation of Football Association (FIFA) has confirmed that the African Cup of Nations (AFCON) will likely be postponed. It is currently scheduled from January 17 to February 8 of next year, in Morocco. 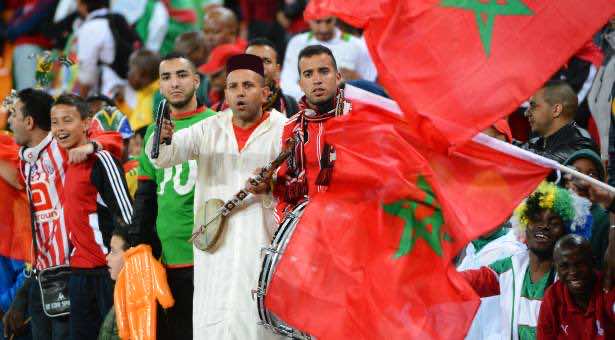 By
Aziz Allilou
-
Aziz Allilou is a student at the Higher Institute of Media and Communications (ISIC) and Morocco World News correspondent in Rabat.
Aug 12, 2014
Spread the love

Rabat –The International Federation of Football Association (FIFA) has confirmed that the African Cup of Nations (AFCON) will likely be postponed. It is currently scheduled from January 17 to February 8 of next year, in Morocco.

As Ebola virus is preventing several African countries from holding qualifying games, and as a result, FIFA officials revealed that the 30th edition of AFCON may be postponed.

The Moroccan Daily Al Massaa newspaper quoted a source from FIFA saying that “FIFA follows with interest the Eblola-hit countries’ efforts to fight Ebola virus, ahead of the 2015 Africa Cup of Nations.”

However, the source stressed that “FIFA will not make any decision to change the official date until the African Football Confederation (CAF) approves it.”

The Ebola virus outbreak in West Africa has left more than 1,000 dead and threatens to badly disrupt the African Cup’s final qualifying round.

The Ebola-affected countries of Guinea and Sierra Leone revealed they will not host any qualifying games because of fears about the deadly disease. Instead, they asked CAF to relocate next month’s African Nations Cup qualifiers to another territory. For these reasons, FIFA said that AFCON might be postponed.

However, Morocco’s Minister of Youth and Sports Mohamed Ouzzine denied the possibility for AFCON’s postponement. He told the Moroccan media that Morocco is able to face this challenge.