Zagora - Although few Moroccans have heard of Zagora, this city is becoming a prominent vacation destination among foreign travellers. 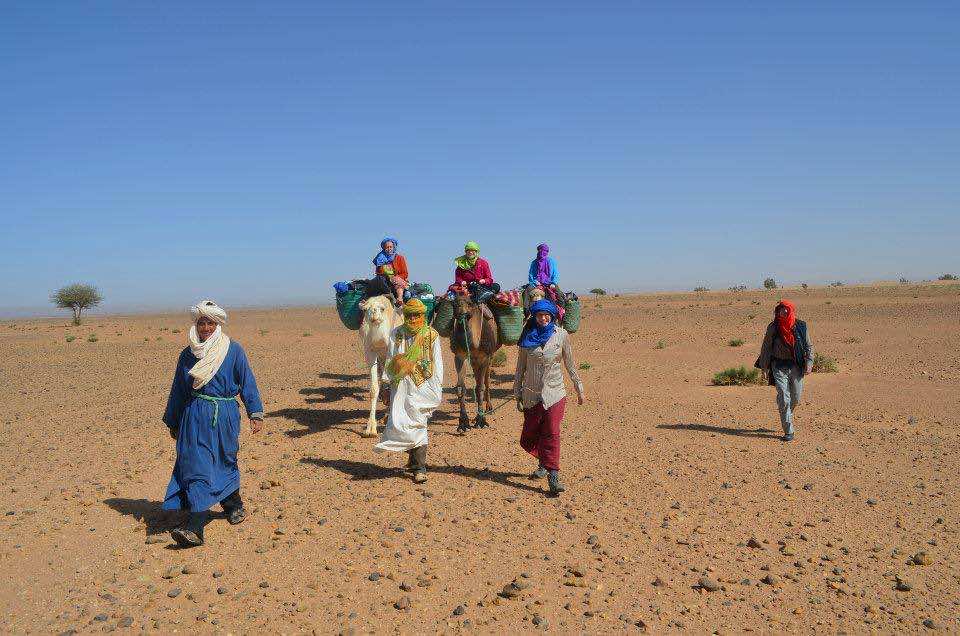 Zagora – Although few Moroccans have heard of Zagora, this city is becoming a prominent vacation destination among foreign travellers.

The town of Zagora sits at the foot of Anti-Atlas Mountains and on the shore of the Draa Valley in South Eastern Morocco. Zagora’s allure is mainly attributed to the great Draa Valley, which is still a home for several of Morocco’s tribes. The name Zagora is derived from “Tazagort,” a mountain by the shore of Draa Valley overlooking the city. 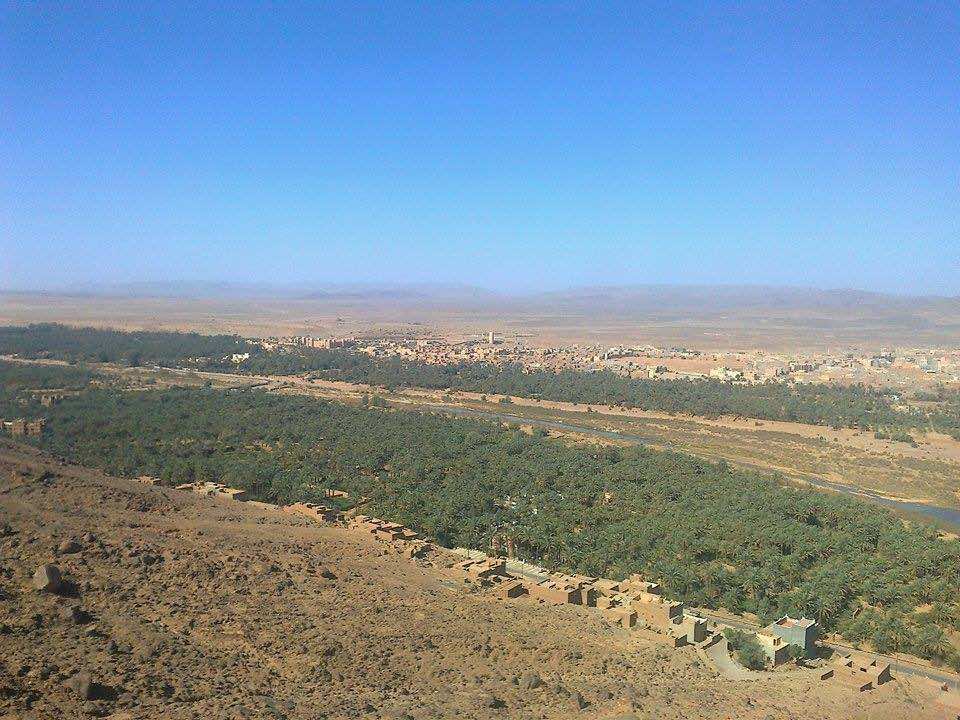 The ancient name of the town was “Draa,” alluding to the valley. Not until the twentieth century was the town renamed “Zagora” although some Bedouins nearby still refer to the town as “Draa” in their daily conversations.

In the sixteenth century, Zagora played an important role in Morocco’s trade under the Saadyin dynasty. Trade caravans passed through the Draa Valley when coming from the sub-Saharan regions and headed to their final destination, Marrakech.

In total, 17 Saadyin emperors governed Morocco between 1554 and 1659. Sultan Ahmed El Mansour (1578-1603), paid much attention to the Draa Valley, establishing it as a “customs” point for camel caravans making round trips to and from Tombouctou. This strategic position of Draa Valley has become a medium through which to collect legal fees generated by the trade, and has granted Morocco political advantages as well as socio-economic bonuses. These conclusions are articulated by Markus Hattstein*.

Zagora and its surrounding regions became important spiritual and scientific centers under the Saadyin dynasty’s rule. This is evidenced by the numerous “Zaouias”* and “shrines,” which attract visitors and students who seek knowledge and spiritual blessing. Zaouia Nassiria in Tamegroute, near Zagora city, is one of the scientific centers, where a collection of ancient books and manuscripts are preserved, marking a glorious history of the region. 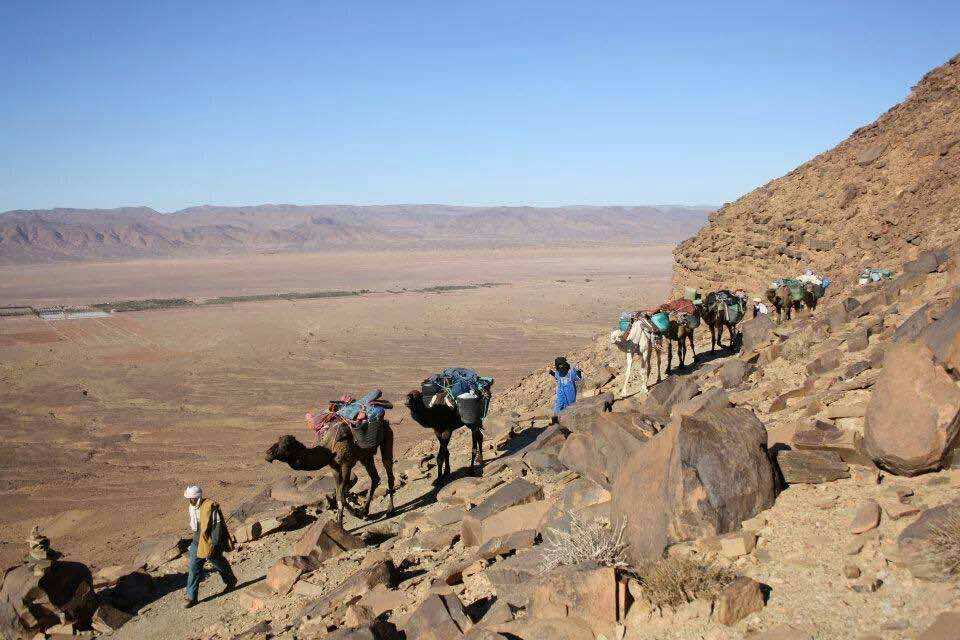 Zagora and its surrounding regions is now home of several ethnic communities which have emerged and co-existed since the first Saadyin dynasty. According to the general 2004 census, there are about 25,928 people in the provincial zone of Zagora (including villages nearby).

Zagora gathers a number of minority groups, including numerous Amazigh tribes from Ait Atta clan, and black African groups who emigrated from Sub-Saharan Africa, along with the Caravans. Arabs have also settled in Zagora, coming from Marrakech since the medieval times.

The social status of Zagora’s residents is below the middle class. Most of them live either as peasants in the oasis of Draa, or as workers in the tourism industry such as hotels and travel agencies, while other are state employees working in public institutions.

The Draa Valley is a considerable resource for the hundreds of families in Zagora. Millions of palm trees grow and produce dates each harvest season. The date sector has an important role in the local development of Zagora, for it provides Morocco, (and overseas countries), with various kinds of dates, including L’majhoul, Bouskri, Tahemout and Lkhelt.

Recently, watermelon cultivation has achieved unprecedented success. This unique fruit is picked during the summer, and covers spacious fields around Zagora.

Zagora’s historical monuments and natural features are what enchant foreign guests most. Tourists from major European countries, such as France, Germany and Switzerland, travel to Morocco to explore Zagora. The region still preserves numerous Kasbahs and old fortresses that mark bygone era. In addition, the Sahara desert landscapes of sand dunes and “Hamadas”* is also worth discovering.

The artistic characteristics of Zagora lay in crafts, as well as folklore. Zagora is home of old pottery factories. Clay dishes are exclusively made in Tamegroute, featuring green colored productions and displayed in local and national exhibitions. Reed is also used to make crafts.

Folklore in Zagora reflects the cultural identity of the joint communities. Both Amazighs and Arabs of the area, perform different artistic shows, varying from Ahidous to Regba and Hassani rhythms. 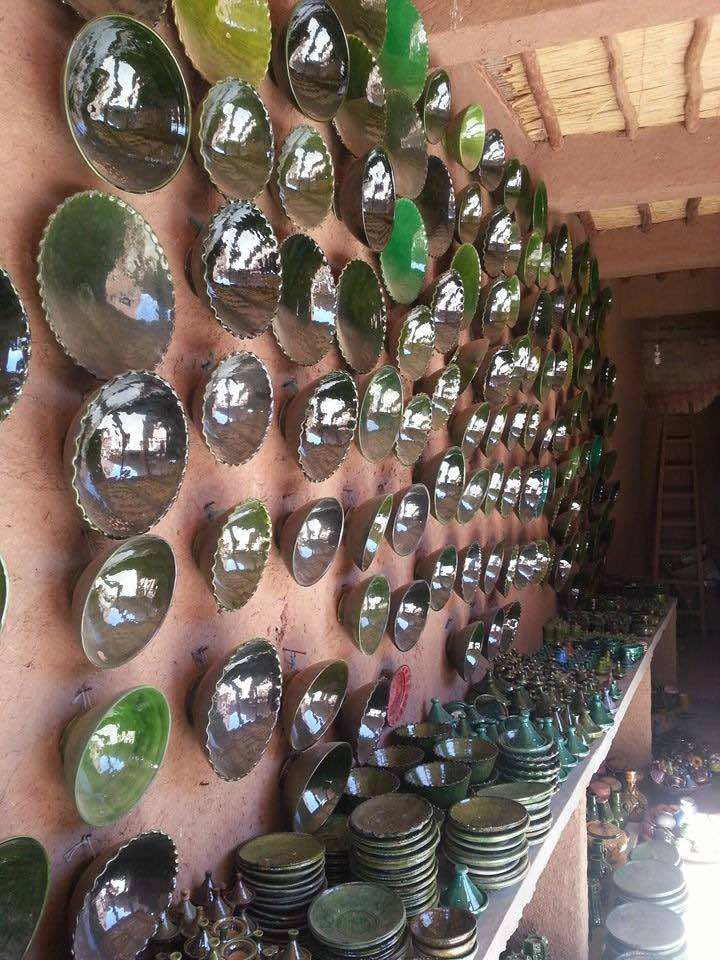 In order to live like an ancient traveller in the desert, and appreciate the nomadic style, a camel trek in Zagora is necessary. This activity involves riding camels and walking for multiple days, while exploring the splendid desert atmosphere. The journey includes meals under savannah shadows and accommodation in a bivouac, or traditional night camp.

Camel treks as well as drive trips are the experience of a lifetime for tourists, not only given the breathtaking sights but also the warm hospitality showed to them by the locals.

If given enough support and encouragement, the tourism industry in Zagora will facilitate cross-cultural communications between Morocco and the rest of the world. The state therefore, should seize the opportunities these diverse touristic attractions provide, by activating Zagora airport and launching tourism training centers to be at the disposal of the region’s youth.

* Markus Hattstein is a German author and editor. He has written various books in the field of architecture, history and art. “Islam: art and architecture “is the book where he discussed the role Saadyin dynasty in Morocco’s history.

*Zaouia is formerly an Islamic religious school, flourished during the sixteenth century in North Africa and is still up-to-date an institution for Islamic studies.

*Hamada is described as wide barren land in the desert.