Fez- A Jewish-Muslim couple marry in Tel-Aviv amid protesters shouting “Death to Arabs.” 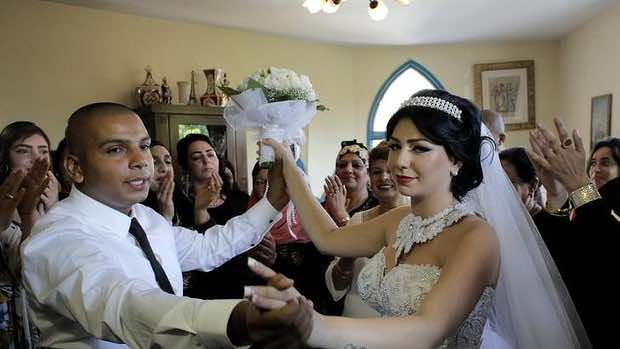 Fez- A Jewish-Muslim couple marry in Tel-Aviv amid protesters shouting “Death to Arabs.”

As they were getting ready to celebrate what was meant to be the best day of their lives, their weeding day, Maral Malka and Mahmoud Mansour, a Jewish-Muslim couple living in Southern Tel-Aviv had to marry under a siege formed by couple hundreds of far-right Israeli protestors who could not digest the idea that one of their own was about to tie the knot with a Muslim man.

The angry protestors who gathered not very far from the reception venue shouting hateful slogans including “Death to the Arabs,” denounced the couple’s marriage calling Malka, who was born Jewish but later converted to Islam, a “traitor against the Jewish state”, According to the daily mail.

The groom, 26-year-old Mahmoud Mansour was quoted by Israel’s Channel 2 TV as saying: “the protestors failed to derail the weeding or dampen its spirit. “ We will dance and be merry until the sun comes up. We favor coexistence”, he added.

Israeli President Reuvin Rivlin, who sworn in last month as the successor of Shimon Peres, criticized the protest via his Facebook page calling it a “cause for outrage and concern”.

“Such expressions undermine the basis of our coexistence here, in Israel, a country that is both Jewish and democratic”, Rivlin added.

Michael Ben-Ari, spokesperson of The Lehava organization which called for the protests has also denounced Jews intermarrying with non-Jews describing it as ‘worse than what Hitler did’. The couple had tried to hire a lawyer in order to seek a court order to bar the protests, however, the court refused to ban the demonstrations. Instead, the couple obtained a backing for police who formed human chains to keep protestors 200 yards from the weeding venue. 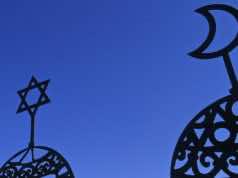 Islamic and Jewish Views of Jesus as ‘Son of God’