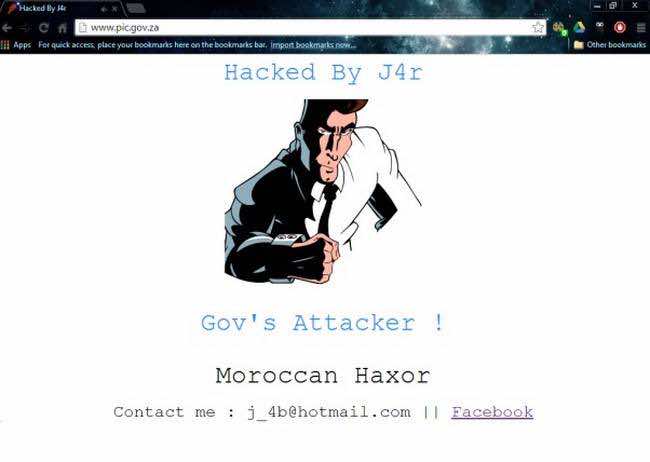 By
Aziz Allilou
-
Aziz Allilou is a student at the Higher Institute of Media and Communications (ISIC) and Morocco World News correspondent in Rabat.
Aug 19, 2014
Spread the love

PIC, which is the largest fund manager on the African continent, was hacked on Sunday morning by Moroccan anonymous hacker, going under the name J4R.

The hacker replaced the content of the website with the image of a defiant cartoon character, and a message that reads, “Hacked by J4R. Gov’s Attacker! Moroccan Haxor.”

The hacker, who presents himself as a Moroccan hacker specialized in attacks against government sites, did not specify his motives.

PIC plays a main role in delivering investment returns in line with client mandates and creating a working environment that ensures that the best skills are attracted and retained in South Africa.

The group also left a message to the government of South Africa saying that “You should know Sahara is Moroccan & will remain Moroccan!!”

© Moroco World News. All Rights Reserved. This material may not be published, rewritten or redistributed.