Casablanca- Morocco is the only country in the MENA region to get a positive score in Gallup’s Economic Confidence Index (ICI). The results of the survey were published on Gallup’s official website. 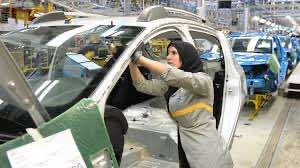 By
youssef sourgo
-
Youssef Sourgo is currently a Master’s student in Linguistic and Literary studies at Ain Chok Faculty of Letters and Humanities.
Aug 19, 2014
Spread the love

Casablanca- Morocco is the only country in the MENA region to get a positive score in Gallup’s Economic Confidence Index (ICI). The results of the survey were published on Gallup’s official website.

The North African kingdom topped the 2013 ICI ranking scoring +20. On the other hand, all the MENA countries—excluding the Gulf Cooperation Council member states—saw their ICI scores significantly drop compared to the 2012 ranking.

Some of the MENA countries Morocco ranked ahead of are Israel (-3), Turkey (-7), Tunisia (-37), Egypt (-70) and Lebanon (-71). Egypt and Lebanon received the lowest economic confidence rating in the MENA region.

Morocco received the highest economic confidence rating in 2012 with +19 (+1 difference compared to 2013).

While the bulk of the MENA countries have not recorded any improvement in their 2013 ICI ratings, Israel, Jordan and Tunisia recorded a slight improvement, with Israel recording the highest positive difference.

Negative responses were also recorded when the MENA residents were asked about their speculations on the future of their respective country’s economy. More than half (56%) said the conditions were deteriorating.

© Moroco World News. All Rights Reserved. This material may not be published, rewritten or redistributed.